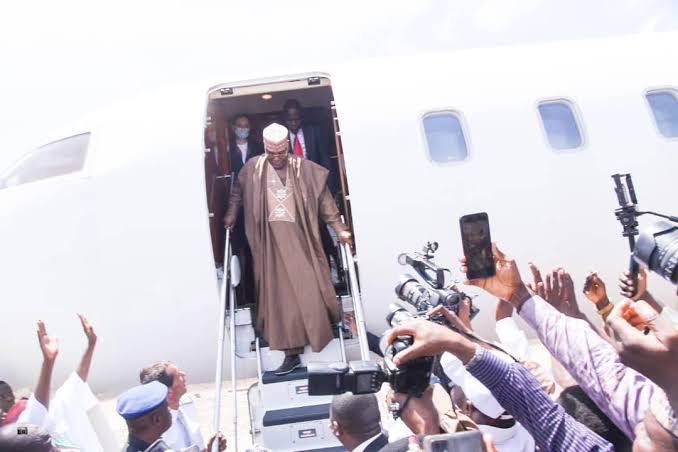 A large crowd of supporters have gathered at the 15,000-capacity Abubakar Tafawa Balewa Stadium in Bauchi in anticipation of the visit of the presidential candidate of the People’s Democratic Party (PDP), Alhaji Atiku Abubakar, to receive defectors from other political parties ahead.

Atiku, who was received on arrival at the Sir Abubakar Tafawa Balewa International Airport,
on Wednesday afternoon, is billed to receive the defectors, notably from main rival All Progressive Congress (APC).

The former vice president was in company with his running mate and Delta State Governor Ifeanyi Okowa, PDP governors of Adamawa, Ahmadu Fintiri; Aminu Tambuwal of Sokoto State; Darius Ishaku of Taraba State among others, including former governor of Jigawa State Sule Lamido…

Back to Top
Close
X
Adamu, Oshiomhole, APC govs hold 'crucial' meeting…Latest NewsPunchSecurity was beefed up at the headquarters of All Progressives Congress on Wednesday when the Deputy Director of APC Presidential Campaign Counci…