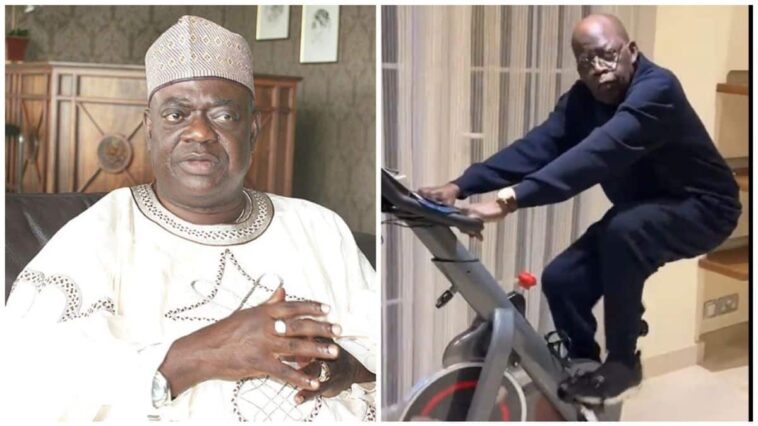 The presidential candidate for the All Progressives Congress (APC), Bola Tinubu, has been urged to take it slow on his effort to prove he is healthy. The former governor of Niger state, Babangida Aliyu, urged Tinubu while taking a swipe at Tinubu, and said that people who are healthy do not need to prove it.

Channels Television reports that the former governor’s comment comes hours after the APC flag bearer’s handlers shared a video of Tinubu’s workout session on social media after his absence has raised some questions.

Aliyu who spoke during the flag-off of the PDP presidential campaign in Abeokuta, Ogun State, said he was looking through the national dailies when he saw a photo of someone trying to prove he is healthy.

X
PDP crisis: Another N9bn missing under Iyorchia Ayu's NWC – Fani-Kayod…Latest NewsA chieftain of the All Progressives Congress, APC, Femi Fani-Kayode, has raised an alarm over a fresh missing N9 billion from the Peoples Democratic P…