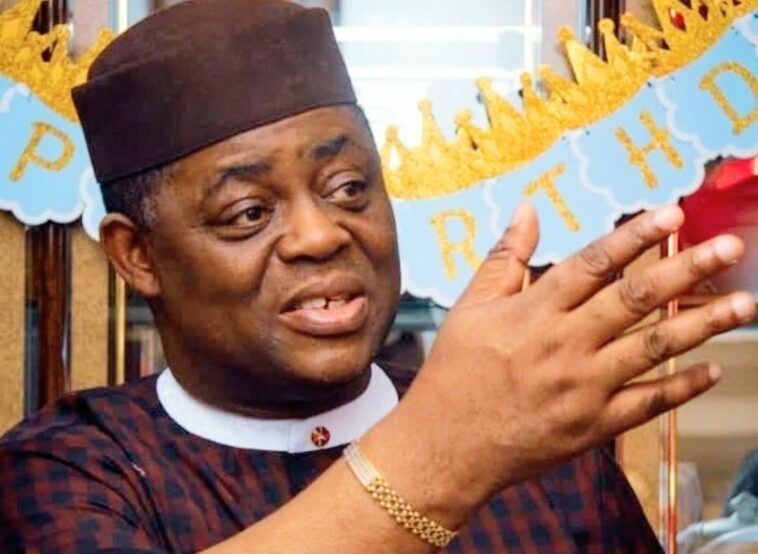 A chieftain of the All Progressives Congress, APC, Femi Fani-Kayode, has raised an alarm over a fresh missing N9 billion from the Peoples Democratic Party, PDP.

In a tweet, the former Aviation Minister said the missing fund was bad for the PDP’s National Working Committee, NWC.

According to Fani-Kayode: “Apart from the billion that was stolen by the PDP Nat. Chairman, another N9 billion has gone missing from the party coffers.

“It is so bad that their NWC has ordered a probe.

“Now I know why some call them “share the money”.

Back to Top
Close
X
Babangida takes a swipe at Tinubu over efforts to prove his health condition with trending 'cycl…Latest NewsThe presidential candidate for the All Progressives Congress (APC), Bola Tinubu, has been urged to take it slow on his effort to prove he is healthy. …