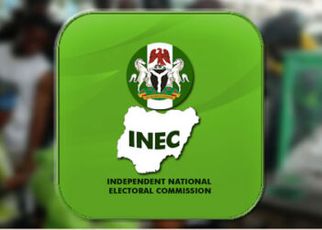 As the race for the 2023 general elections formally began last week, the need for scrutiny of candidates justling for various positions has become more important for political parties and gladiators. At this stage of the electoral process, the least you would expect from a candidate or party is to be found on the wrong side of the law, the Electoral Act and Independent National Electoral Commission (INEC) guidelines that is.

But in Bauchi state, the All-Progressives Congress (APC) appears to be walking a tight rope and undermining itself wittingly or inadvertently, going by the allegation of faulty documentation of its candidate, Air Marshal Sadique Abubakar Baba (rtd).

Again, the last person you would expect to run foul of the law is a top notch, well-decorated retired general of the Nigerian Airforce, whose glorious career was crowned with the highest honour in his profession as the Air Marshal; having also served as the Chief of Air Staff from July 12, 2015 to January 26, 2021 before veering into the murky waters of politics. He got elected as the candidate of the ruling party for next year’s election in May this year.

Therefore, when information filtered in that the accomplished Air Marshal’s documents filed to INEC in what is called form EC-9 were either not adequate or perceived to have been doctored, the issue got tongues wagging about his sincerity of purpose and how a man of such a stature could make such a mistake, to have left out vital information in such an important form.

Or was it deliberate? Form EC-9 is an INEC document to be filled by those wishing to stand for any elective office; it contains personal particulars such as age, nationality, sex, address, educational qualification etc. As simple as providing this basic credential is, it could be a banana peel for anyone aspiring for office, if wrongly done. And since the opposition, the media and CSOs are always out searching for loopholes in their claims to sanitise the electoral process, it is not a surprise, this became Sadique Baba’s albatross, as revealed in a Premium Times publication recently.

The publication in a nutshell not just drew attention to Air Marshal Sadique Baba’s credentials, but questioned their validity including his nationality. In this era of deep politics, any serious candidate desirous of winning clean would have to come to equity with clean hands, otherwise the result could be disastrous. While I hope this will not be the case with the amiable ex Chief of Air staff, it does not look like he has done due diligence with regards to his earned academic laurels, otherwise what does it take to collect and submit citizenship form, birth certificate (or declaration of age), primary and secondary school certificates if he could submit first and second-degree certificates?