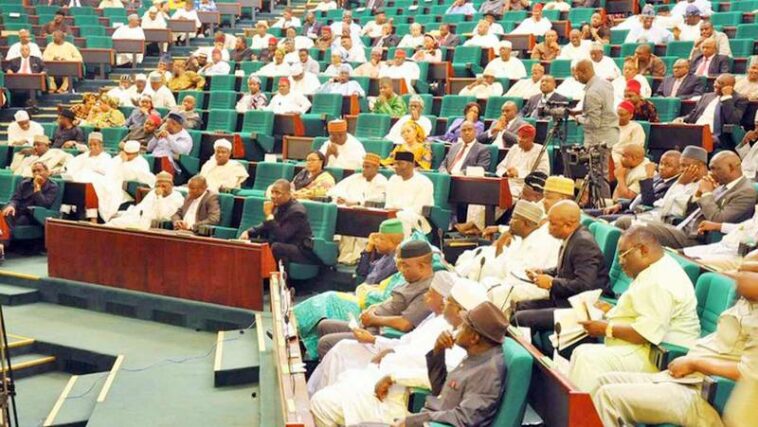 The House of Representatives has passed the Medium Term Expenditure Framework and set a ceiling for spending on the controversial fuel subsidy.

The lawmakers put a spending cap of N1.7 trillion for the 2023 fiscal year against the N3.3 trillion proposed by the federal government.

In the MTEF passed on Thursday by the lower chamber, the lawmakers rejected the two scenarios presented by the executive in the proposed MTEF.

According to the Minister of Finance, Zainab Ahmed, in the first scenario, the deficit is projected to be N12.41 trillion in 2023, up from N7.35 trillion budgeted in 2022, representing 196 per cent of total revenue or 5.50 per cent of the estimated GDP.

In this option, she added, the government would spend N6.72 trillion on subsidy.

Mrs Ahmed said the second option involves keeping subsidy till June 2023 and that this scenario will take the deficit to N11.3 trillion, which is 5.01 per cent of the estimated GDP. In this option, PMS subsidy is projected to gulp N3.3 trillion.

The lawmakers stated that by this action, “the sum of N737,306, 443,151 will be saved and this should be used to reduce the fiscal deficit of N11.3 trillion of the government as contained in the MTEF/FSP,” and “the savings from the subsidy regime amounting to N737.31 billion to N10.56 trillion,”

Figures not adding up

However, the figures presented by the lawmakers did not add up.

Going by the spending limit of N1.7 trillion and the expected saving of N737.36 billion, this gives an aggregate of about N2.4 trillion, which is lower than the N3.3 trillion proposed by the government.

In addition, the lawmakers increased the oil price benchmark from $70 per barrel to $73 per barrel, hence, the extra $3 on every barrel. Despite this adjustment, the deficit was only reduced by N737.36 billion savings from the subsidy ceiling.

When clarification on these discrepancies was sought during a media briefing, the Vice Chairman of the Committee, Saidu Abdulahi (APC, Niger), promised to go over the documents.

Back to Top
Close
X
2023 elections: Court nullifies APC House of Reps candidate's election in Ogun…Latest NewsLegit NGA the moment, the APC in Ogun has no candidate for the House of Reps, Yewa South and Ipokia Federal Constituency preciselyThis is as the Feder…

X
Bauchi Guber contest: Is APC riding against the tide?…Latest NewsAs the race for the 2023 general elections formally began last week, the need for scrutiny of candidates justling for various positions has becom…