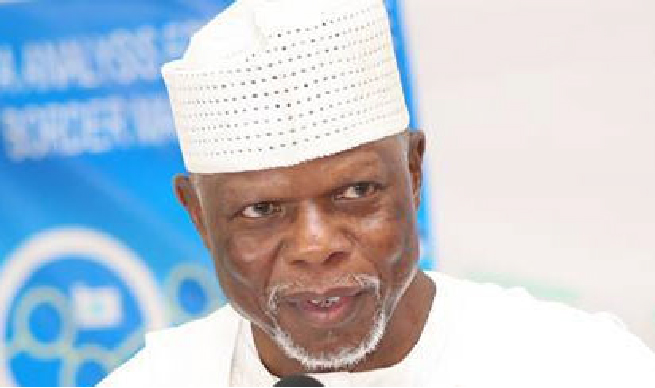 Clearing agents operating at the nation’s maritime sector have said that the Vehicle Identification Number introduced by the Nigeria Customs Service earlier this year has created revenue setbacks and loopholes for the government.

The agents in separate interviews with The  PUNCH in Lagos on Monday urged the government to abide by the auto policy and ensure that used vehicles from 2010 were allowed to pay normal duties, rather than the 2013 duties which were imposed on all imported vehicles.

The National Automotive Industry Development Plan Bill, popularly known as Auto Policy, is central to the development of the automotive industry. The NAIDP represents the Federal Government’s boldest step at reviving local car assembly in over three decades, according to experts. The policy, which was introduced in 2014, seeks to encourage local manufacture of vehicles while phasing out the importation of used vehicles. The policy classifies private vehicles above 15 years as overage vehicles.

The acting National President of the Association of Nigerian Licensed Customs Agents, Mr Kayode Farinto, told our correspondent that VIN was supposed to recognise vehicles from 2010 instead of those from 2013 upwards.

He said that the policy had made a lot of people consider bringing in vehicles through unapproved routes.

“What happens is that they started their valuation from 2013. I remember sending a letter to the CG of Customs about this particular issue. I told him it was wrong that the policy was for 12 years. They are supposed to start from 2010 or 2011 and up till now they have not reversed it, which is very bad.  The issue of the year is a very big one and that is what is discouraging the importation of used vehicles, with people bringing in these vehicles through the unapproved routes like Cotonou. If the Comptroller General of the Customs works with the Federal Government on that and brings down the VIN valuation to 2011 or thereabout, it will be fine. The loss is big because since they started the VIN valuation, they have not reversed it.”

Also speaking, the founder of the National Council of Managing Directors of Licensed Customs Agents, Mr Lucky Amiwero said, “VIN is not legal; it is not a procedural thing anywhere in the world. Vehicle Identification Number is chassis number and it is not tied to valuation. What Customs have done is in contravention of the law. There is a law, Act 20 0f 2003, passed through the Nigerian Shippers Council. That is the law that is based on value. The Customs do not have any other right to put value.”

He said that the VIN had created more problems, noting that the government needed to intervene, if not there would be more problems.

“What they have done is that they are creating a lot of problems. They call it VIN valuation, but it is wrong. It is the vehicle identification number, which is the chassis number. It has nothing to do with valuation. Government will lose more if the government does not intervene. I have written to the government on this issue to tell them that what they are doing is wrong.

“What they are doing is illegal. Customs don’t have the right to implement VIN without passing through the National Assembly. It is not legal, it has no legal bearing, and the sooner the government goes back to what they were doing the better. Customs introduced that thing and it has created a lot of revenue setbacks for the government. The government should look at it seriously and reduce it and cancel the VIN. It is illegal and should be cancelled.”

Meanwhile, a member of the National Association of Government Approved Freight Forwarders, Nnadi Ugochukwu, accused the government of punishing people unnecessarily with the policy.

He said that the government was forcing people to pay for vehicles of nine years old and above instead of 15years that the law stipulated.

According to him, “The government policy is 15 years, so, it is supposed to start from 2008 for private vehicles. So, the government is punishing people unnecessarily, breaking the laws that they made. Is it not the government that said the policy is 15years now? When you come, they won’t allow you to pay for the 15 years but will make you pay as if the vehicle is nine years old.”