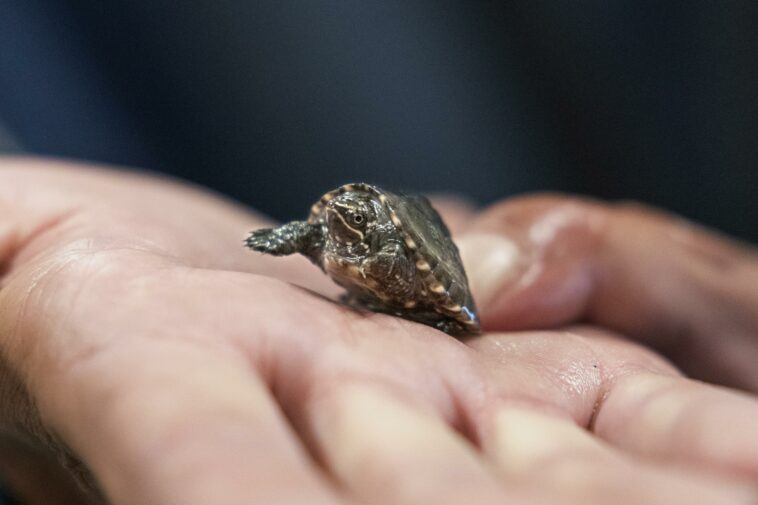 These eastern musk turtles, known for spending much of their lives in swamps and ponds and emitting a foul smell when threatened, were confiscated recently in a wildlife bust. And, though the reptiles are common, their illegal sale on the internet greatly concerns Perrotti, who directs conservation programs at Roger Williams Park Zoo in Providence.

“We are seeing an uptick in turtle poaching,” he said. “It’s getting ruthless where we are seeing thousands of turtles leaving the United States on an annual basis. … Turtle populations cannot take that kind of a hit with that much removal coming out of the wild.”

Turtles in demand as pets, leading to a spike in poaching

X
Take responsibility for climate mess in Africa, Buhari tackles Western leaders…EnvironmentPresident Muhammadu Buhari has hit Western country for majority of the effects of climate change in Africa even as he rapped them for failing to take …