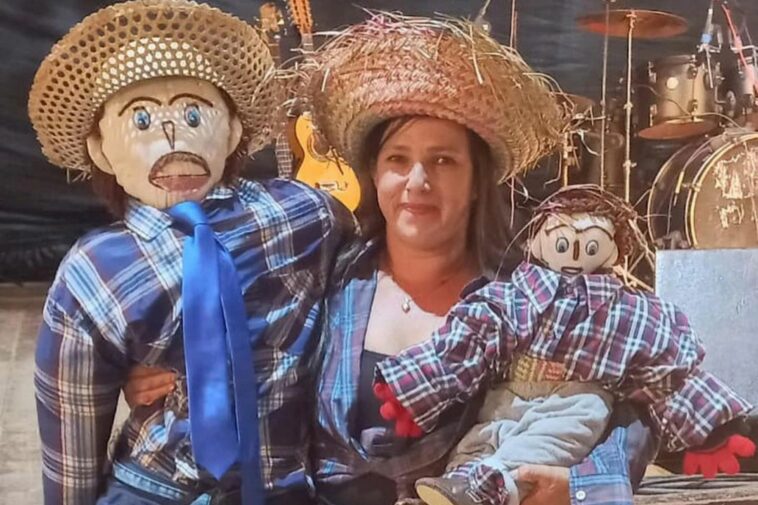 SHE thought he was The One – but now, just months after their big wedding day, Meirivone Rocha Moraes‘ marriage to her rag doll is on the brink of collapse.

The 37-year-old made headlines last year after it was revealed the Brazilian tied the knot with a doll her mum had made her – and at first, it was a fairy tale love story.

The unusual duo, Fabulous reported in June, even became parents and Meirivone claimed their baby arrived in just 35 minutes.

But now, it seems, there’s trouble in paradise, as the wife believes her hubby has been unfaithful whist she was in hospital.

The 37-year-old, who was soon due to celebrate one year anniversary with the doll Marcelo, claimed to have seen “him” sneaking into a motel to sleep with another female.

Since the incident, Daily Star wrote, the two have been sleeping in separate rooms and Meirivone has opened up about the relationship struggles on TikTok.

“I found out through a friend who told me that she saw Marcelo entering a motel with another woman while I was hospitalised for three nights and three days with Marcelinho, our son, who had a virus.

“At first, I thought she was lying, but then I started looking through his phone and I saw the conversations, which made me sure he was cheating.”

Explaining how everything went down, the devastated woman said the rag doll hubby ”kept denying everything” and begged for forgiveness.

She said: “The argument was ugly and scared [our son] who was crying, so I shouted to him: ‘Do you see what you’ve done?’ I asked him who the woman was and he didn’t respond.

Back to Top
Close
X
Five strange standards of beauty across the globe. You won’t believe No 4!…Last PostThe NationThere is a popular phrase that “beauty is in the eyes of the beholder”. People all around the world have defined beauty by their own terms a…