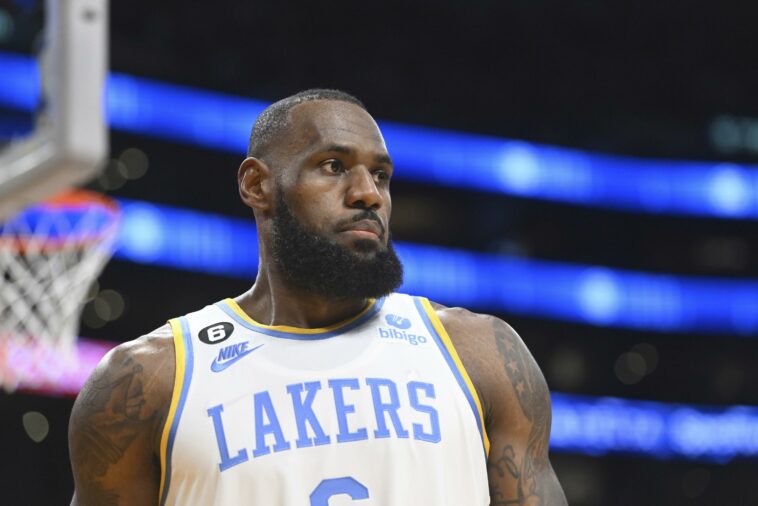 No, LeBron James does not want to be traded — that was put into the world by a fake Twitter feed purporting to belong to the Los Angeles Lakers superstar when a pay-$8-and-pretend-to-be-anyone verification system made a brief appearance.

And no, actor Edward Norton is not all that worried about the possible demise of the social media site under Elon Musk’s leadership.

“If a lot of that stuff went away,” Norton said, “I think we’d be the better for it.”

In a similar vein, Green Bay Packers quarterback Aaron Rodgers, a four-time NFL MVP with 4.5 million followers, said: “I look forward to the day I have no social media, which may be coming sooner rather than later.”

Yes, athletes and celebrities from the entertainment world are just like us: They’re monitoring the chaos and uncertainty surrounding Twitter since its new owner came aboard. They’re not necessarily sure how to proceed — and not necessarily sure the microblogging bird app’s disappearance would be the sky-is-falling disaster some are making it out to be.

“I just look at it like, you know, Twitter is, was and will always be a dumpster fire,” said actor Ryan Reynolds, surely echoing the sentiments of many, famous or otherwise.

“But who knows? We’ve got to play it by ear. I mean, we’ll see where it all goes,” said Reynolds, who has 20 million followers. “I was around when MySpace and Friendster were a thing and … it feels like Twitter and TikTok are everything right now. But these things, they all come and go, like anything in life.”

Launched in 2006, Twitter created a space where the well-known could circumvent traditional media and communicate directly with fans to push messages or products while, in turn, increasing the site’s popularity among the hoi polloi. There are now more than 230 million users.

Questions about Twitter’s future arose the moment Musk completed his $44 billion takeover in late October. He got rid of half of the full-time staff, prompted hundreds of engineers and others to quit last week and now is expected to eliminate jobs related to content moderation.

Concerns about fraudulent accounts and misinformation ( which Musk himself has spread ) are not new.

Back to Top
Close
X
Nets lift suspension for Irving; "deep apologies"…SportsNY TimesNets guard Kyrie Irving, who offered “deep apologies” for posting a link to an antisemitic film, is expected to play in the Nets’ game Sunday …

X
Shaquille O'Neal opens up about almost beating a classmate to death and Kobe…SportsMarca"Every time I went to a place, I made my name quickly," O'Neal stated."I'd find out who 'the guy' was, study him, and I'd beat him up. Take …