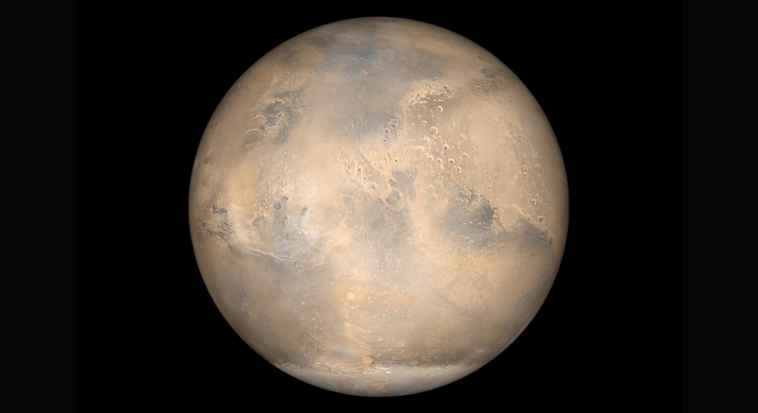 Most researchers agree that there has been water on Mars, but just how much water is still debated.

Now a study from the University of Copenhagen shows that some 4.5 billion years ago, there was enough water for the entire planet to be covered in a 300-metre-deep ocean.

“At this time, Mars was bombarded with asteroids filled with ice. It happened in the first 100 million years of the planet’s evolution. Another interesting angle is that the asteroids also carried organic molecules that are biologically important for life,” says Professor Martin Bizzarro from the Centre for Star and Planet Formation.

In addition to water, the icy asteroids also brought biologically relevant molecules such as amino acids to the Red Planet. Amino acids are used when DNA and RNA form bases that contain everything a cell needs.

The study was published in the renowned journal Science Advances.

Mars may have had the conditions for life before Earth

The new study indicates that the oceans that covered the entire planet in water were at least 300 metres deep. They may have been up to one kilometre deep. In comparison, there is actually very little water on Earth, explains Martin Bizzarro.

“This happened within Mars’s first 100 million years. After this period, something catastrophic happened for potential life on Earth. It is believed that there was a gigantic collision between the Earth and another Mars-sized planet. It was an energetic collision that formed the Earth-Moon system and, as the same time, wiped out all potential life on Earth,” says Martin Bizzarro.

Therefore, the researchers have really strong evidence that conditions allowing the emergence of life were present on Mars long before Earth.

Back to Top
Close
X
Researchers simulated a black hole on Earth, and it actually started to glow…ScienceBGR A group of researchers recently simulated the event horizon of a man-made black hole in a lab. The new analog could help us learn more about the e…

X
Why did Einstein find quantum mechanics debatable?…ScienceBy Paula Ferreira Quantum mechanics is complex in more than one way. It’s not just complicated in terms of math, but also hard to interpret in terms o…