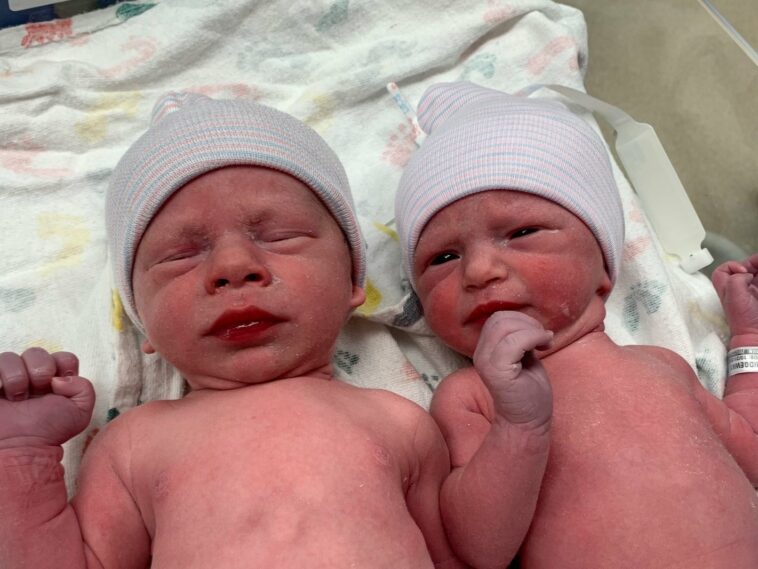 A couple has welcomed twins born from the longest-frozen embryos to ever result in a live birth.

Twins Lydia and Timothy Ridgeway were born on 31 October in Oregon from embryos that were frozen on 22 April 1992. For nearly 30 years, the embryos were kept at a West Coast fertility lab until 2007, when the anonymous married couple who created the embryos donated them to the National Embryo Donation Center (NEDC) in Knoxville, Tennessee.

According to the NEDC, twins Timothy and Lydia have set a new record for the transfer of the longest-frozen embryo resulting in a birth. The previous record was also set by the Knoxville-based center in 2020, when a baby had been born from a 27-year-old embryo, and her sister was born from an embryo that had been frozen for 24 years.

The NEDC is a faith-based non-profit organisation which uses a medical process known as embryo donation. This process occurs when a couple using in-vitro fertilisation (IVF) has made more embryos (fertilised eggs) than they need. The extra embryos can either be cryopreserved (frozen) for future use, donated to research, or donated to people who wish to experience pregnancy and the birth of a child.

Rachel and Philip Ridgeway were just three and five years old, respectively, when their twins were conceived by an anonymous married couple using IVF. The husband was in his 50s at the time they were conceived, and they used a 34-year-old egg donor.

When combing through egg donor databases, the Ridgeways specifically looked in a category called “special consideration,” which meant it had been hard to find recipients for these embryos. The database didn’t list how long embryos have been frozen, but it did display a donor number.