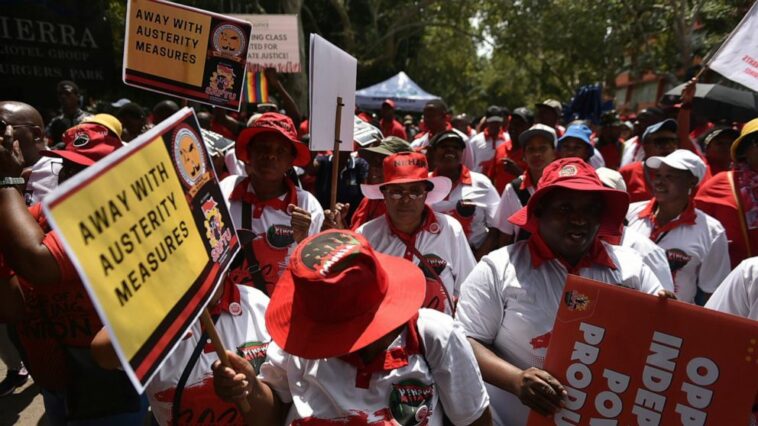 Thousands of South African government workers took part in nationwide demonstrations on Tuesday to demand a 10% increase in their salaries.

Negotiations between public sector unions and the government are deadlocked. The government is resolved to unilaterally implement a 3% pay hike, which hasn’t satisfied the unions.

Traffic came to a standstill in Pretoria, one of South Africa’s three capitals, as workers downed tools and marched to the offices of the national treasury to submit their demands.

The government has announced a no-work-no-pay principle for workers who took park in the demonstrations, but this did not deter them from staging demonstrations across the country’s major cities…

Back to Top
Close
X
South Africa’s leader wins a crucial A.N.C. political battle…AfricaJOHANNESBURG — President Cyril Ramaphosa of South Africa, whose presidency has been upended by claims that he tried to cover up the theft of a huge su…