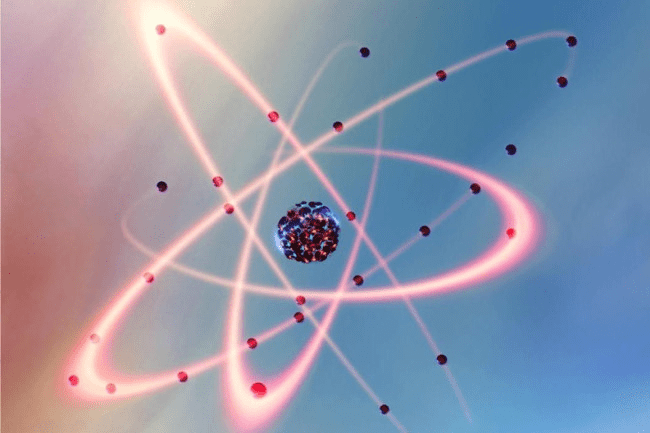 Quantum mechanics is complex in more than one way. It’s not just complicated in terms of math, but also hard to interpret in terms of its implications. It’s also a hotly debated field. Despite having some of the most brilliant minds in modern physics to back it up, it also has some hardcore critics — the most notable of them being none other than Albert Einstein.

Einstein didn’t like many things about quantum mechanics. For instance, entanglement — one of the crucial but very weird concepts in quantum mechanics implies some sort of spooky connection between two particles no matter how far away they are in space and time. Uncertainty is another non-intuitive principle, stating that the position and the velocity of an object cannot both be measured exactly at the same time. There’s also the problem of quantum randomness, which Einstein (and many of his contemporaries) particularly disliked. “I, at any rate, am convinced that [God] does not throw dice”(Albert Einstein in a letter to Max Born, 1926).

So why was Einstein so adamant about this?

When a theory establishes a direct connection between cause and effect, this theory is deterministic. Newton’s laws are deterministic, you can describe the motion of objects from them. It is simple, the mathematical relation of the gravitational force between bodies can tell the position of the Moon in the sky.

However, determinism is not the equivalent of precision. We need the perfect initial condition to get the exact prediction from a theory. Imagine you want to precisely predict tomorrow’s weather, you need to know the exact description of the atmosphere in every millimeter of the planet — that’s our perfect initial condition. Without that, your model is only useful for a specific period of time, after that chaos dominates your prediction.

Einstein’s theory of relativity is considered by most physicists to be entirely deterministic. But quantum mechanics is not.

Werner Heisenberg’s uncertainty principle states that it is impossible to know with 100% precision both the position and the speed of a particle. The more you know about a particle’s position the less you know about its speed and vice versa.

This means a particle actually occupies a combination of possible positions and/or speed, this combination is expressed as a wave function —  a mathematical expression that describes the probability of finding a particle in a certain region of space. So, particles do not have a precise mathematical representation and even if you know anything you can about a system, you can’t predict everything about it in quantum mechanics.

This was quite shocking for the deterministic nature of Newton’s mechanics, many scientists turned up their noses to the idea, and one of the main critics was Albert Einstein. The randomness of the wave function destroys the idea of a perfectly deterministic world, which prompted Einstein to reject quantum mechanics.

Of course, the reason was more nuanced than a flat-out rejection — especially since Einstein won a Nobel Prize for describing the photoelectric effect, a phenomenon that basically led to the development of quantum mechanics.

Plus, Einstein couldn’t really ignore the experimental data that supported the existence of quantum mechanics.

What he meant was that quantum mechanics could be right experimentally,  but the underlying theory isn’t comprehensive and the rules that really govern quantum nature were simply not discovered yet. To Einstein, there was something hidden controlling quantum mechanics principles.

Einstein and other scientists’ criticism of quantum mechanics based their disagreement on their understanding of the physics of the time. Perhaps, the most famous discussion is the EPR Paradox. The acronym for the name of the physicists who signed the paper published in 1935, Einstein, Boris Podolsky, and Nathan Rosen.

They questioned if quantum mechanics gives the correct answers and whether it was a complete theory. Experiments were already showing that the theory was correct in some regards, but whether it was complete is a different matter.

A complete theory connects all physical quantities to some physical processes. For example, the theoretical quantity for the heat of an object is its energy, the real quantity is its temperature. In quantum mechanics, the uncertainty principle forbids this direct connection between the two. But it gets even weirder.

Imagine a cook adding icing to two gingerbread men — one will have red icing, the other will have green icing. They’re prepared in separate ovens and can only be red or green after being removed from the oven. Two kids, Alice and Bob, get each one gingerbread man. Once we know that Alice got the green one, we automatically learn that Bob’s gingerbread man has red icing.

The analogy is based on a thought experiment suggested by David Bohm, and the gingerbread men are an analogy for atomic properties — specifically quantum spin.

Quantum spin is one of two types of angular momentum in quantum mechanics, and it is a property that is preserved when a particle decays into other, smaller particles. So for instance, if a particle with 0 spin decays, you can end up with two particles, one with ½-spin and the other with negative ½-spin — together they add up to 0.

In this analogy, the decay particles are measured by two observers. In the kitchen example, Alice and Bob are the two detectors, the particles are the cookies, and the decaying is the baking.

Because we know already that the spin is conserved, adding -½+½ =0, the original spin. So even before Bob measures the second particle, Alice automatically knows the result. That seems to violate the relativistic main principle: no information can be transferred faster than the speed of light. Furthermore, in the deterministic point of view, there should not be dependence on measuring one or the other — in other words, you shouldn’t be able to determine one just based on measuring the other.

The idea was sketched in the EPR paper, discussed by Bohm, and finally, Erwin Schrödinger provided its famous title ‘entanglement’. The two particles were entangled, meaning that the knowledge about one of them immediately affects the measurement of the other. Einstein was so incredulous at the concept of entanglement that he nicknamed it ‘spooky action at a distance’.

Shut up and calculate

Niels Bohr and other physicists agreed with the Copenhagen Interpretation: forget all this and simply accept quantum mechanics’ results. In the Copenhagen interpretation, a quantum particle doesn’t exist in one state or another — it exists in all possible states at the same time, and only when you observe it is it ‘forced’ into a fixed state.

For instance, in this interpretation, speed and position are simply two complementary properties — when you are measuring one you exclude your knowledge of the other. And worse than that, the fact we know the real results collected by Alice and Bob is because they were measured. It is not possible to state what is reality without measurement. How can we confirm that quantum mechanics is incomplete if science is based on experiments?

In the end, quantum mechanics may not be the final story. It’s very possibly incomplete and still incapable of explaining everything, but the fact that more than half a century later it’s still a successful theory despite all this criticism goes to show just how complex modern physics has become.

As for Einstein, his opposition to quantum mechanics is well-known, but often misrepresented. In his estimation, quantum mechanics is good at explaining some phenomena, but it’s too broad of a brush that misses some of the key aspects of universal physics. After all, modern physics is nothing if not complex.

Back to Top
Close
X
Conditions allowing the emergence of life present on Mars long before Earth…ScienceUNIVERSITY OF COPENHAGENMost researchers agree that there has been water on Mars, but just how much water is still debated.Now a study from the Univer…

X
NASA Mars Rover finds ‘very, very strange chemistry’ and ingredients for life…ScienceDNYUZNASA’s Perseverance rover has been searching for signs of life on Mars since it landed in an ancient lakebed on the red planet in February 2021. …