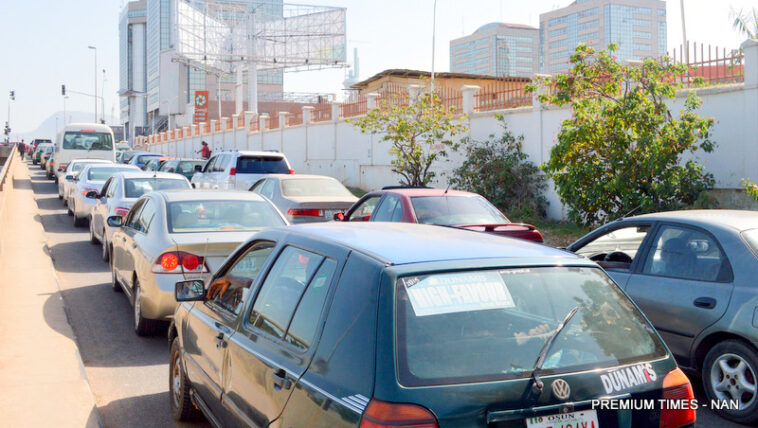 Commuters across the Lagos metropolis are beginning to feel the heat of the resurgence of fuel queues across filling stations in the state.

Findings by Daily Sun across filling stations in Victoria Island, Ikoyi, Ikeja, Ogba and Alausa showed that there has been a drastic drop in the supply of Premium Motor Spirit (PMS) popularly called petrol.

Some of the fuel attendants who spoke to Daily Sun in separate interviews said last Friday they have been out of stock.

With this development, both major and independent fuel marketers have adopted different pricing models, depending on the location. While some are selling for N170 per litre, others are selling at N200, N205 and N210 per litre respectively.

Majority of the filling station on the old Lagos-Abeokuta Expressway in the Abattoir area were all out of stock except for the Mobil filling station at Abule Egba which was seen dispensing fuel as at 8am yesterday morning.

The fuel queues at the Mobil filling station had taken one lane on the expressway, thus compounding the traffic in the early hours for those commuting to work.

The shortage of fuel has led to many passengers being stranded at various bus-stops struggling for the fewer vehicles that are in operation.

As usual transporters are using the opportunity to rip-off helpless passengers as they have increased transport fares under the guise of fuel scarcity.

A ride from Abule-Egba to Oshodi  which hitherto costs N300 has been increased to N500 while Abule-Egba  to Sango which used to cost N200 has now gone up to N300. At the Apapa depot, tankers have been on queue since Sunday without product to load except for those evacuating Automotive Gas Oil(AGO), popularly called Diesel.

Back to Top
Close
X
Al-mustapha reveals secret about fraud in the oil and power sector…HeadlinesThe Presidential candidate of the Action Alliance, AA, Hamza Al-Mustapha, has revealed some secrets about the origin of fraud in Nigeria’s oil and gas…