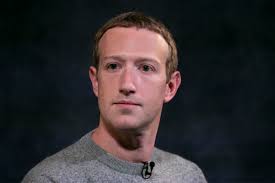 Meta has denied a widespread report that Mark Zuckerberg is standing down as its chief executive.

On Tuesday, a report spread across the internet that Mr Zuckerberg would be stepping down from his role as the head of the company in 2023. It was first reported in The Leak, a relatively new online publication.

This is false,” he tweeted, giving no more clarification or context to the denial.

Back to Top
Close
X
Mark Zuckerberg not resigning, META debunks rumours…TechnologyMETA has described as “false” rumours that the company’s billionaire CEO, Mark Zuckerberg, is planning to step down.According to Daily Mail UK, inside…

Mark Zuckerberg to step down as Meta CEO?

X
Google to lay off at least 10,000 ‘poor performing’ employees in 2023: Report…TechnologyWIONAlphabet, Google's parent company, will soon join the layoff season in the United States' Silicon Valley as it plans to lay off up to 10,000 or si…