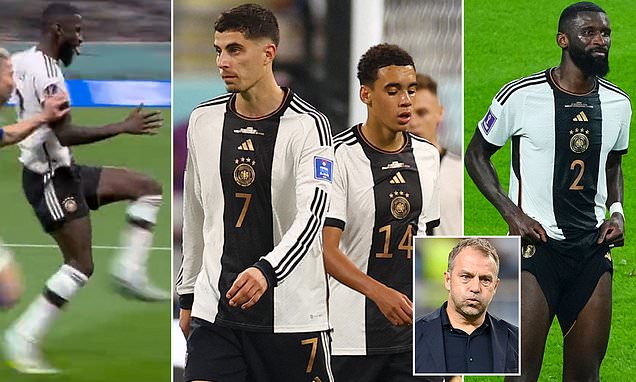 When the final whistle went, Antonio Rudiger, the defender many of us have come to associate with modern German indomitability, stood rooted to the spot inside the Japan area.

The Japan players celebrated all around him and still Rudiger stayed there, frozen by the shock of what had happened. Not long before, he had been galloping down the wing, showboating as he shepherded a ball out, making a play of how easy he had found it to outpace his Japanese opponent. Now, he was not feeling quite so confident. Now, Germany had become the second giantkilling victim in as many days.

Maybe the shock of their defeat by this accomplished Japan side did not carry quite the seismic feel of Argentina’s loss to Saudi Arabia the day before. Even if the introduction of Mario Gotze as a second-half substitute was a reminder of past glories, Germany are not what they used to be. They did not come here as one of the favourites, and when they departed for Doha last week, it was against a background of indifference.

Back to Top
Close
X
Bale is now arguably Wales’ best EVER.. but Moore is World Cup secret weapon…SoccerIT WAS easy to see why Gareth Bale got all the headlines after winning — and scoring — the penalty that earned Wales a point against the United States…

OLIVER HOLT: The evidence is mounting that Germany are also-rans