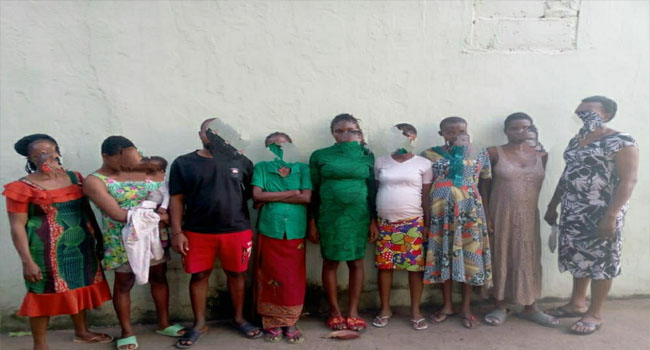 The Nasarawa Police Command says its detectives from Area Command, New Karu have rescued six young girls and a baby of about six months after busting a baby factory located at Ado Kasa.

The Command in a statement signed by its Public Relations Officer, Ramhan Nansel, on Wednesday, said the girls and the baby were rescued at St. Bridget Orphanage Home operated by one Eze Ezeogu Norbert and others.

He said that preliminary investigation revealed that the operator of the orphanage home abduct under-aged pregnant girls, hold them hostage till they give birth, and sell their children to the highest bidder.

Further investigation, he said, also revealed that the orphanage home was not registered.

The police said the suspects and victims have been handed over to National Agency for the Prosecution of Trafficking in Persons (NAPTIP) for further investigation and prosecution.