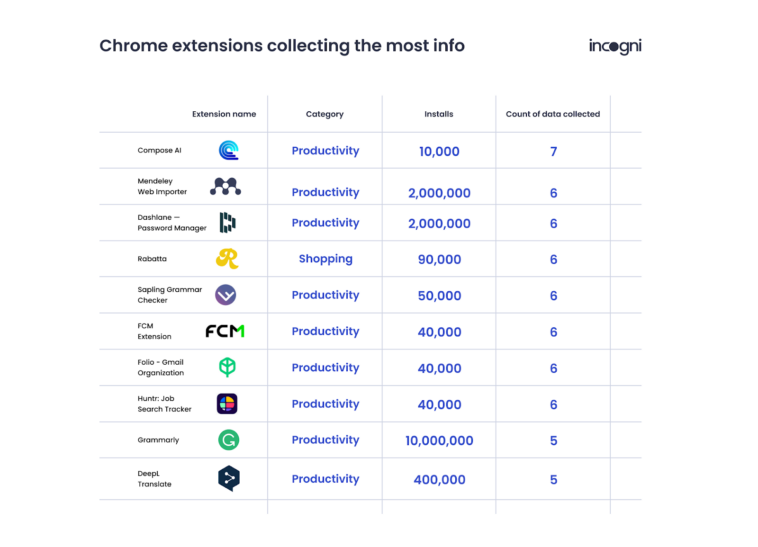 Half the available Google Chrome extensions are capable of harming their users, Incogni, a data protection company in Netherlands, has revealed.

Its research, made available to FIJ on Wednesday, showed that after reviewing 1,237 extensions, 602 (48.66 percent) of them had a high or very high risk impact.

It also revealed that 334 (27 percent) of the sampled extensions collect users’ data. Amongst its findings was that extensions in the ‘Shopping’ category were the most potentially harmful, while those used for writing collect the most data.

The company said, “The safest extensions have a low Risk Impact and low Risk Likelihood, while the most dangerous score highly on both measures. The vast majority fall somewhere in between these extremes and it’s up to the user to decide if they’re comfortable installing a given extension.

Back to Top
Close
X
Tech layoffs send H-1B visa holders scrambling for new jobs…TechnologyBloomberg Mass tech layoffs have left hundreds of workers living in the US on temporary visas with little time to find another job, or they’ll ha…

REVEALED: 1 in 2 Google Chrome extensions can harm you

X
Prophet who impregnated teenage church member says ‘I attempted the younger sist…More NewsA white garment church prophet, Yusuf Ogundeji, has confirmed that he slept with a 16-year-old member, who eventually became pregnant. He however, sai…