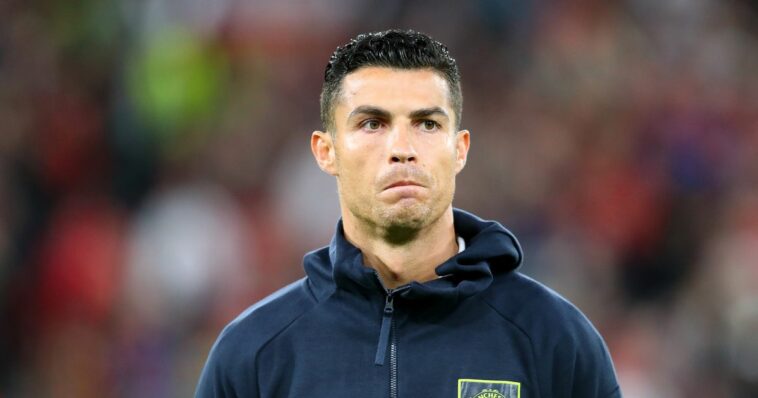 After missing out on a transfer away from Old Trafford in the summer, he is now a free agent and, in theory, will have his pick of clubs. However, his colossal wage demands – he was being paid around £500,000 per week by United – means many European clubs will struggle to afford him in the post-pandemic world.

That is where Saudi Arabian club Al-Nassr comes into the picture, according to Marca. Ronaldo received lucrative offers from the Middle East during the summer transfer window, but rejected them because he wanted to stay in Europe and further his legacy in the Champions League.

But Marca reports that ‘everything indicates’ he will now be interested in moving to Saudi Arabia. An unnamed Saudi club, believed to be Al-Hilal offered him a £305million contract for just two seasons in the summer, and now Al-Nassr are ready to make a similar offer.

Like Newcastle, Al-Nassr are owned by the Saudi Arabia Public Investment Fund and the Spanish report says owner Prince Faisal Bin Turki is desperate to land Ronaldo and make a splash in world football. Al-Nassr are currently second in the Saudi Pro League and already have Colombia goalkeeper David Ospina, Brazil midfielder Luiz Gustavo and Cameroon striker Vincent Aboubakar on the books.

In his interview with Morgan, Ronaldo confirmed the Saudi offers he received in the summer and bristled at the suggestions that no other clubs were interested in him. “I was happy here [at United] to be honest, I was motivated to do a great season here,” he said.

Back to Top
Close
X
Ronaldo gets two-game ban for phone incidentEnglish FootballBBCFormer Manchester United forward Cristiano Ronaldo has been banned for two domestic matches for knocking a phone out of an Everton fan's hand.The 3…

X
Chelsea and Arsenal given Cristiano Ronaldo transfer deterrent amid FA decision…English FootballFootball LondonThe suspension means that Ronaldo, who is now a free agent, is banned for two games should he join a Premier League club, with Chelsea …