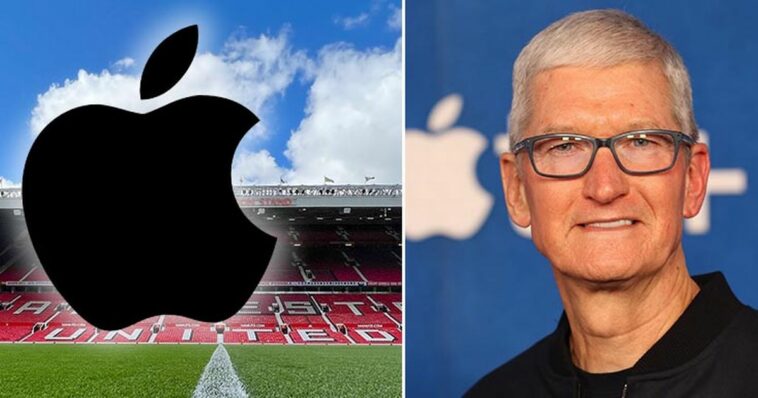 Technology giants Apple are interested in buying Manchester United in a stunning £5.8billion.

United owners the Glazers have decided to sell the club after caving in to the demands of those fans who have wanted them ousted.

The American billionaires will sell the club to the highest bidder – and bosses of Apple have expressed an interest in discussing a potential deal.

Apple are the largest tech company in the world with an annual revenue of almost £326billion – and estimated net worth as of this month of £2trillion.

The California-based firm have no experience of owning a football club the size of United.

But CEO Tim Cook is keen to explore the opportunities owning United could provide – and will line up talks with the banks appointed to oversee the sale, which include The Raine Group.

Back to Top
Close
X
Assassination attempt? Man caught with dagger at Peter Obi’s rally in Oyo (Video)…HeadlinesNaija News  There was a commotion on Wednesday afternoon during the Labour Party (LP) campaign in Oyo state, after an unidentified man was caught with…