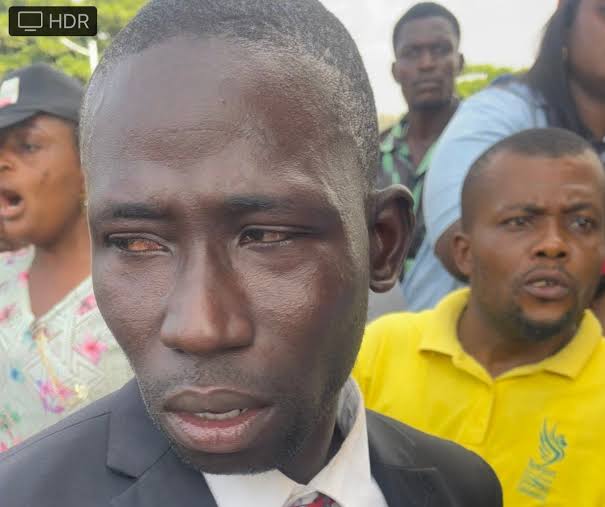 There was a commotion on Wednesday afternoon during the Labour Party (LP) campaign in Oyo state, after an unidentified man was caught with a dagger at the event.

Naija News reports that photos and video of the suspect were shared on Twitter with many people questioning his mission at the campaign ground.

The man was dressed in a black suit and reportedly stood by the walkway where the LP flagbearer, Peter Obi was meant to pass on his arrival at the venue of the rally.

There are unverified claims on social media that the man may have been at the rally to attack Peter Obi, with many netizens calling on the Labour Party presidential candidate to beef up his security.

Some of the party members could also be seen attempting to beat the suspect before he was dragged out of the scene.

Watch the video below:

How we unarmed a guy who was not a security personnel today. He was standing on the way @peterobi would pass. @BishopPOEvang noticed it and called in secretary operatives pic.twitter.com/O2RLn8QgG4

Back to Top
Close
X
Protesting workers beaten at Chinese iPhone factory…HeadlinesASSOCIATED PRESSPolice beat workers protesting over a pay dispute at the biggest factory for Apple’s iPhone, whose new model is delayed by controls im…