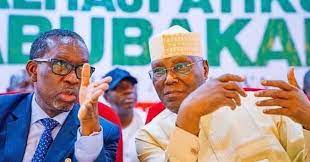 The absence of these two key APC leaders in Asiwaju Tinu­bu’s first rally after the official Flag-Off in Jos, Plateau State, according to Atiku/Okowa Pres­idential Campaign Organisation, may be confirming reports in the public space that his Presidential Campaign has already been aban­doned by his party leaders due to his inability to adequately explain his link to a narcotic trafficking case in which he forfeited a whop­ping sum of $460,000.

The Atiku/Okowa Presiden­tial Campaign, in a statement by its spokesperson, Kola Ologbondi­yan, said that it is apparent that President Buhari and Sen. Ada­mu may be tactically avoiding the damage of being held responsible for parading a candidate that has failed to explain his links with narcotics drug money…