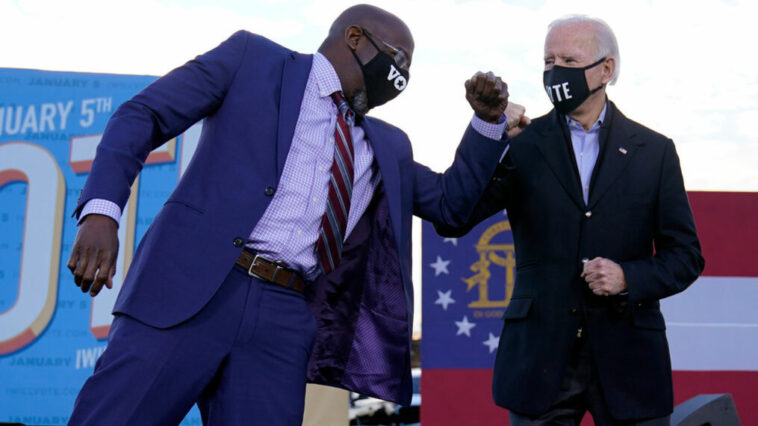 One key data point: “Warnock has a commanding lead of 54% to 39% over Walker among independent voters — an important bloc that once reliably voted for Republicans in Georgia.”

Runoffs are always the junkiest of junk food for political obsessives because they are the only race going on — and in this one, that dynamic has shifted into overdrive.

There’s big money: According to AdImpact, a firm that tracks media spending, Democrats have spent more than $20 million in radio and TV ads just on the runoff, while Republicans have spent around $14 million.

There are big surrogates: Former President BARACK OBAMA is stumping for Warnock on Dec. 1. And while there’s no word on whether President JOE BIDEN will be headed there, Biden aides tell us the White House let the campaign know they are willing to do whatever they need to keep the seat blue — including stay out of it, if need be. Their only focus is the win.

Biden to Warnock: I'll steer clear of Georgia if it will help