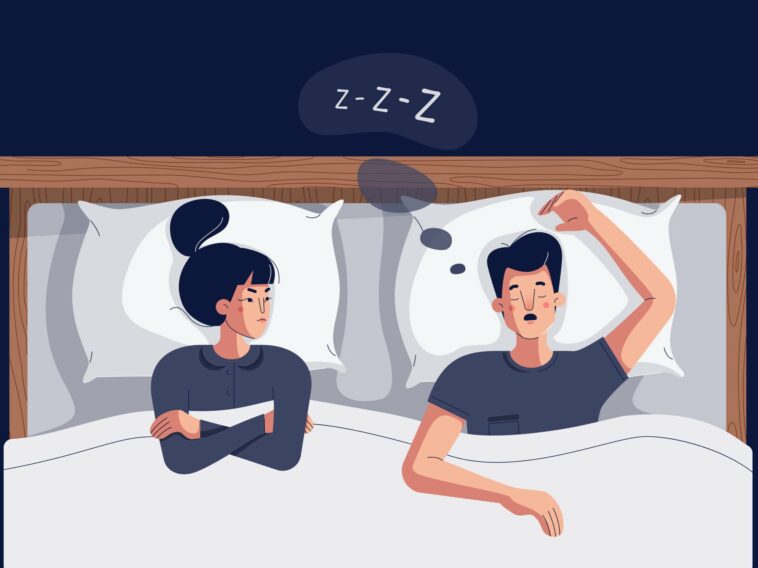 Couples who live together are usually expected to sleep in the same bed, if social norms are anything to go by. Yet, a viral tweet has sparked a fierce debate over whether it’s more beneficial for couples to sleep in separate bedrooms.

A Twitter user who goes by the handle @gaialect wrote on Sunday (20 November): “I think I will want separate bedrooms when I’m married. Unless maybe if the bed is super big… No, but even so, like, we can decorate our own rooms the way we want and have sleepovers.

“I just feel like we would thrive in our spaces decorated the way we like,” they added.

The idea of a couple who sleep in separate beds or bedrooms is not novel. In fact, up until the Seventies, fictional couples on TV were almost always depicted as sleeping in separate twin beds rather than in one double bed.

The practice of sleeping in separate bedrooms is also found among royalty. The late Queen Elizabeth II and the Duke of Edinburgh famously did not share the same bedroom, but always had connecting bedrooms.

Experts say that sleeping separately could be hugely beneficial to couples who are struggling with different sleeping patterns or sleep disorders that are keeping each other from having a good night’s rest.

Dr Hana Patel, a GP specialist in sleep and mental health and mindset coach, tells The Independent that, while sleeping in separate bedrooms is not for everyone, some couples could find it improves their relationships.

Sleep disorders like very loud snoring, sleep apnea, or night terrors can affect the other person’s quality of sleeping by keeping them awake. Adjusting to having very young children might also be a cause for poor sleep habits.

For people with young children, it might be that one parent needs to repeatedly get up to feed or soothe the child, therefore interrupting the other person’s sleep and resulting in both parents not getting enough rest,” Dr Patel adds.

Differing sleep habits might also affect couples’ ability to sleep in the same room. Dorothy Chambers, sleep expert at Sleep Junkie, explains: “You might like to fall asleep to relaxing music, while your partner may prefer a sensory blackout. And then there’s snoring, sleep apnea, body heat, clashing schedules, and ongoing battles for the covers. Sometimes, it can be impossible to settle on a nighttime routine that suits both parties…

Back to Top
Close
X
Instead of going to prison, FTX’s Sam Bankman-Fried is scheduled to speak next week at NYT summit wi…RifsDaniel Levi from Tech Startups While millions of crypto investors are filing lawsuits to get their money out of the collapsed crypto exchange FTX, man…

Couples can benefit from sleeping in separate bedrooms - Experts