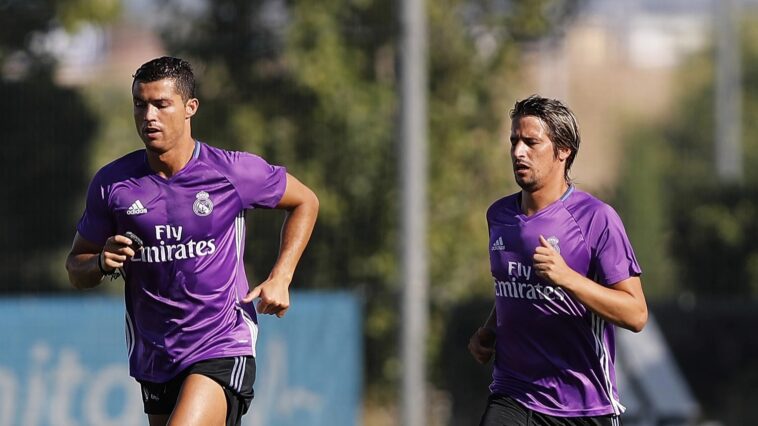 And Coentrao, who played alongside Ronaldo at club and international level, reckons the criticism is wrong.

He told Record PT: “I don’t feel motivated to talk but I had to because I don’t like to hear what they say about Cristiano.

“There are ex-players who were nothing, they were s**t, and they talk about Cristiano as if they were something [in football].

“They don’t have to talk like that. Even if he’s not performing at his level, it’s pretty ugly.

“People start talking about him, saying he gets along badly with his team-mates and things get misinterpreted.

“It’s a horrible thing, I know how he is. I lived with him for many years and he doesn’t have to tell me how things are: I know.

Back to Top
Close
X
Manchester United up for sale – what happens now?…SoccerBBC Manchester United's owners sent shockwaves round the globe on Tuesday night when they announced they were "exploring strategic opportunities"…

Ex-players who were nothing, who were S**T… talk about Cristiano Ronaldo as if they were something...