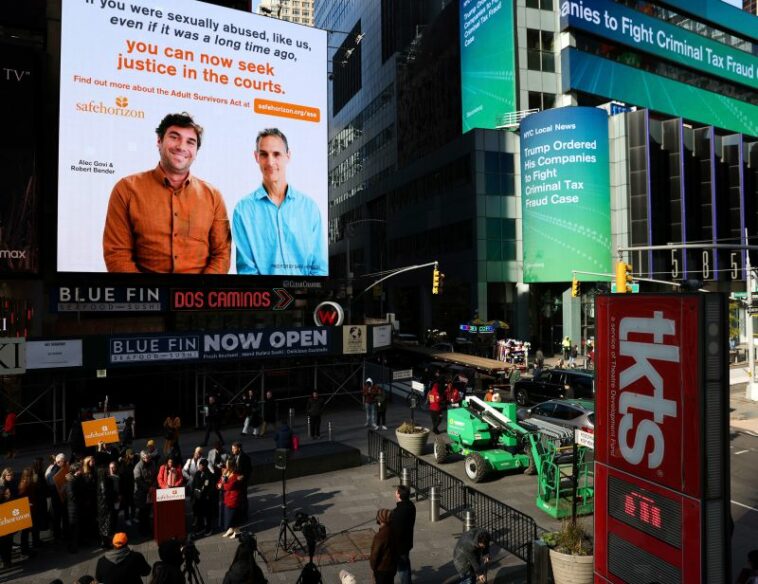 Adult survivors of sexual abuse now can sue their abusers in New York – even if the statute of limitations on their claims has expired – under a state law that goes into effect Thursday.

The new law gives adult survivors of sexual assault one year to file lawsuits against their perpetrators. It also allows people who were sexually assaulted at work or in the care of an institution like a hospital or jail to sue that entity, said attorney Doug Wigdor, who helped push for the law.

“I think there will be some very interesting cases that come about in the employment cases where powerful men, who were supervising women or overseeing women, sexually assaulted them and they will be able to hold their perpetrator accountable but also their employers,” said Wigdor, who represented women who testified against movie mogul Harvey Weinstein, whose convictions in New York for rape and criminal sex act convictions were upheld this year.

The new window to sue in New York gives adult sexual assault survivors who may not have been able to process what happened to them more time to seek recourse, said Jane Manning, a former sex crimes prosecutor and now head of the Women’s Equal Justice Project in the state.

“Sexual assault is a highly traumatizing crime. Trauma by itself takes time to process,” Manning said. “Add to that the fact that our culture has loaded many of us up with rape myths about what a real rape looks like that don’t match real sexual assaults that happen in real life.

“Because of that, there are survivors who don’t even identify what happened to them as sexual assault until some time has gone by. And there may be a lot of self-blame to grapple with, even though that self-blame is completely unwarranted,” she said.

Separate suits under the new law are expected to be filed on behalf of more than 750 women who allege they were sexually assaulted in New York State prisons, attorney Adam Slater said.

X
Nnamdi Kanu sues NIA DG over role in his torture, detention in Kenya…Latest NewsVanguardVanguard recalls that of all the several suits that have emanated from the rendition of  Kanu, this is the first against Ahmed Abubakar, …