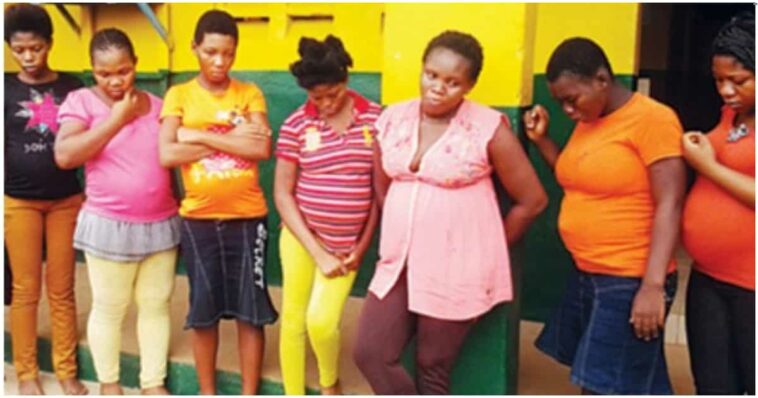 In what could be described as shocking but true news is the move by a Nigerian pastor in Enugu state The pastor who does the unthinkable, slept with no fewer than 20 of his church members while noting the spirit of God led him to carry out the act Meanwhile, the state police command has arrested the man of God identified simply as Timothy Ngwu, the ‘General Overseer’ of Vineyard Ministry of the Holy Trinity in Enugu.

A report by Rivers Mirror indicates that a 53-year-old pastor has impregnated twenty (20) church members, claiming to be instructed by the Holy Spirit to do so. The self-acclaimed clergyman is said to be cooling off in the custody of the Enugu State Police Command. The pastor, identified simply as Timothy Ngwu, is said to be the ‘General Overseer’ of Vineyard Ministry of the Holy Trinity in Enugu.

The police spokesperson, Ebere Amaraizu revealed that the pastor had been charged with sex abuse. “The pastor claims to be obeying spiritual orders to do the will of God, which is to impregnate any one chosen and revealed by the holy spirit, irrespective of whether the woman is married or not!!

Back to Top
Close
X
Prophet who impregnated teenage church member says ‘I attempted the younger sister too’…More NewsA white garment church prophet, Yusuf Ogundeji, has confirmed that he slept with a 16-year-old member, who eventually became pregnant. He however, sai…