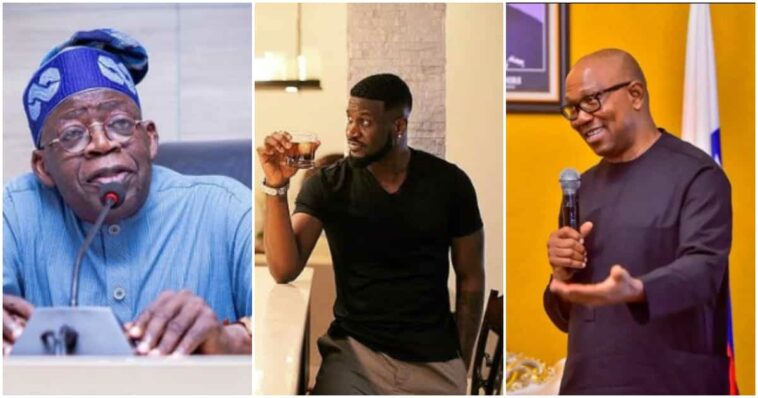 Popular Nigerian singer Peter Okoye of the famous duo singing brother PSquare trended recently after getting into a vicious altercation online with netizens Peter Okoye, who is a huge supporter of the South Eastern presidential candidate Peter Obi of the Labour Party (LP) However, supporters of All Progressive Congress (APC) took to Mr P’s handle to tell him to leave Lagos and go back to Anambra since that is where the home state of Peter Obi.

Famous Nigerian singer and one of the singing duo of the PSquare group, Peter Okoye, also known as Mr P, was recently involved in an online altercation with supporters of Asiwaju Bola Ahmed Tinubu. Mr P is a huge supporter of Peter Obi and his presidential ambition, and he never shies away from online confrontations about his candidate.

However, there was a recent altercation where Peter Okoye was asked to move out of Lagos and go back to Anambra, the state that Peter Obi was once governor of since he claimed Asiwaju was a terrible choice for Nigeria. Okoye, however, responded to the Asiwaju trolls asking why they always claimed that he made his wealth from Lagos as if he didn’t work for it.

He also slams his detractors to work and make their fortunes in Lagos like he did, except if they’re cursed not to…

X
Seven ways to make money if you love writingMore NewsThe art of writing has evolved over the years and it is gradually becoming an indispensable tool for the success of industries in this dispensation. &…