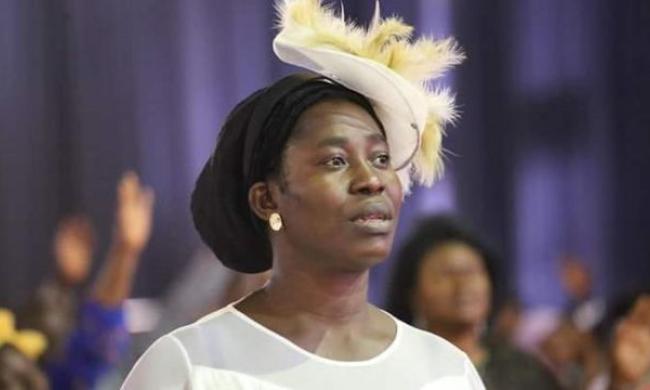 Godwin Madu, brother of the late gospel singer, Osinachi Nwachukwu, has told a Federal Capital Territory High Court in Abuja that Osinachi’s husband, Peter did not only brutalise and subject the gospel singer to perpetual fear but also abused her mother, himself (Godwin) and Osinachi’s twin sister. Godwin, who was led in evidence by the prosecution counsel, Aderonke Imana, told the court how Nwachukwu constantly abused Osinachi verbally and physically.

According to Godwin, Peter also verbally abused Osinachi’s mother, called her a witch and sent her out of his house when she was ill.

Godwin also accused Peter of preventing Osinachi’s mother, twin sister and others from seeing or taking care of her when she was ill and in the hospital.

He said Osinachi constantly lived in fear of her husband. According to a Vanguard report, Godwin said, “Whenever we called Osinachi to hear from her, she answered with fear.

“In 2019 August, my mum was sick, Osinachi begged Peter for my mum to come over, but he refused. Then Osinachi went to Pastor Enenche’s wife, Becky, of Dunamis Church, to prevail on Peter to allow Osinachi’s mum to come down to Abuja for treatment.

“So, Becky met with Peter and begged him, before he accepted. Then when she came down to Abuja. The first day Peter sent his son, Ebube, to go get water for him with a cup. When he went to get the water, as a child, the water spilt from the cup. Peter beat Ebube mercilessly, just because the boy made a very little mistake.

Back to Top
Close
X
Thanksgiving: Nigerian Church in US distributes 750 turkeys…More RifsA Nigerian church in New York, Christ Apostolic Church, under Goke Food Pantry, has distributed over 750 turkeys and food items to some families to ce…

Late gospel singer, Osinachi’s husband prevented us from taking care of her, used security guards to drive me out of hospital, brother testifies

X
Timeline: 10 changes made on Nigeria’s currency since 1960…More RifsNovember 24, 2022The Central Bank of Nigeria (CBN) has redesigned some new naira notes. This move has continued to generate mixed reactions.From econo…