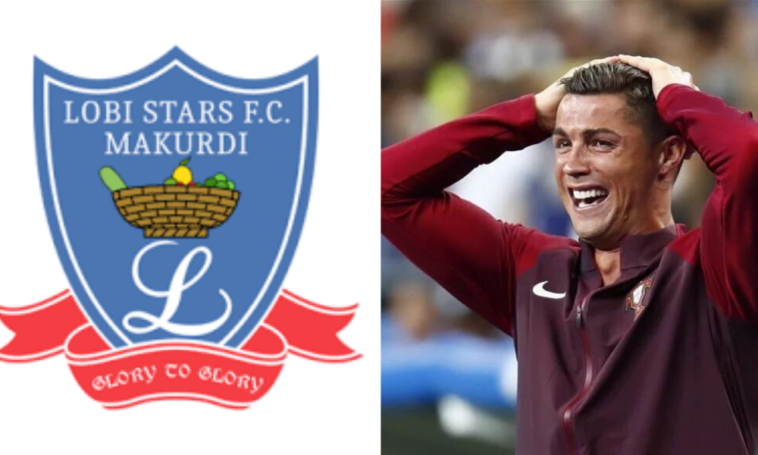 Naija News recalls that the former Juventus forward paid the price for his contentious interview with Piers Morgan, in which he slammed Manchester United Club owners, and also his manager for disrespecting him.

One of the most important things Ronaldo mentioned was the way Erik Tag has handled the club, noting that he (Ronaldo) has no regard for the Dutch coach.

The Makurdi-based team, Lobi Stars said on their official Twitter page that they are not prepared to make any more comments on Ronaldo.

Ronaldo’s Lobi Stars comment is as follows: “Please be informed that we at Lobi are yet to make any contact with representatives of Cristiano Ronaldo following his release from Man United.”

Similar to everyone’s wishes for the all-time highest goalscorer in men’s football, the Benue state football club wished him well.

”We wish him the best & Lobi Stars will make no further comment on this.” the statement reads.

The statements, however, cracked up Nigerian sports fans as they rushed to the comment section with their reactions…

Back to Top
Close
X
Ex-players who were nothing, who were S**T… talk about Cristiano Ronaldo as if they were something&#…SoccerThe SunAnd Coentrao, who played alongside Ronaldo at club and international level, reckons the criticism is wrong.He told Record PT: "I don't feel mot…