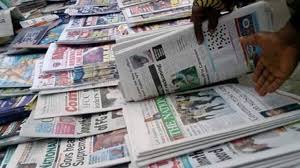 The controversy over the $418 million Paris Club consultancy fee and the proposed sale of power plants dominated the cover pages of Nigerian newspapers. 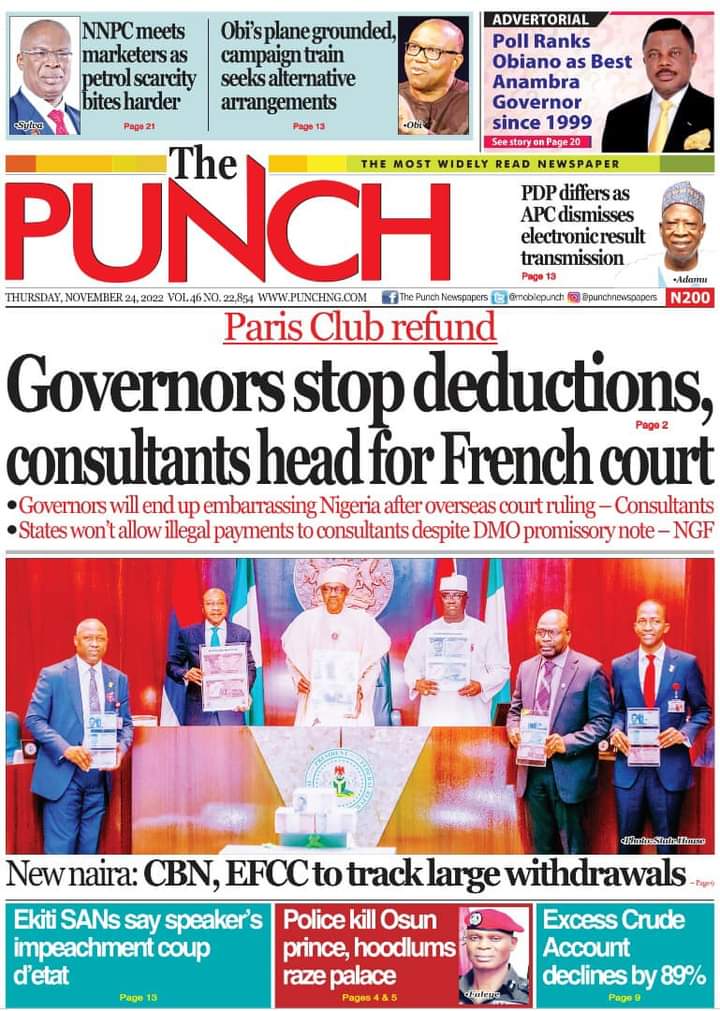 The Punch reports that the Nigeria Governors Forum (NGF) said it has stopped the planned payment of $418 million to the Paris Club consultants. The newspaper says Abdullahi Adamu, national chairman of the All Progressives Congress (APC), has raised concerns over the proposed use of the bimodal voter accreditation system for the 2023 elections. 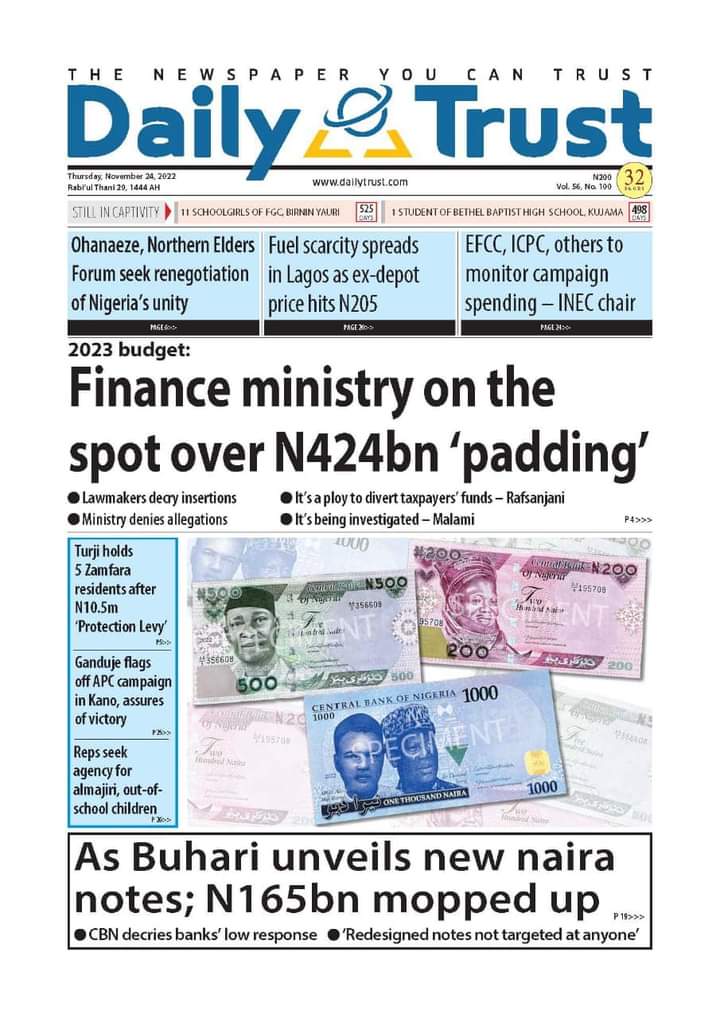 Daily Trust says the federal ministry of finance is on the spot over the alleged insertion of projects amounting to N423.8 billion in the 2023 budget proposals of some ministries, departments and agencies (MDAs). The newspaper reports that Bello Turji, a bandit kingpin, has held five residents of Moriki town in Zurmi LGA of Zamfara state after they delivered N10.5 million “protection levy” to him. 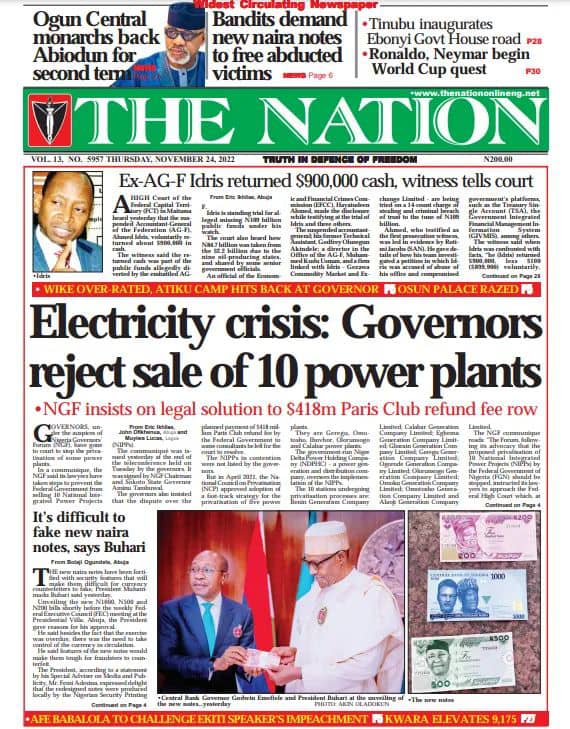 The Nation reports that governors have approached the court to stop the privatisation of 10 power plants across the country. The newspaper says Hayatudeen Ahmed, an official of the Economic and Financial Crimes Commission (EFCC), told a high court sitting in Abuja that Ahmed Idris, the suspended accountant-general of the federation, voluntarily returned about $900,000 in cash. 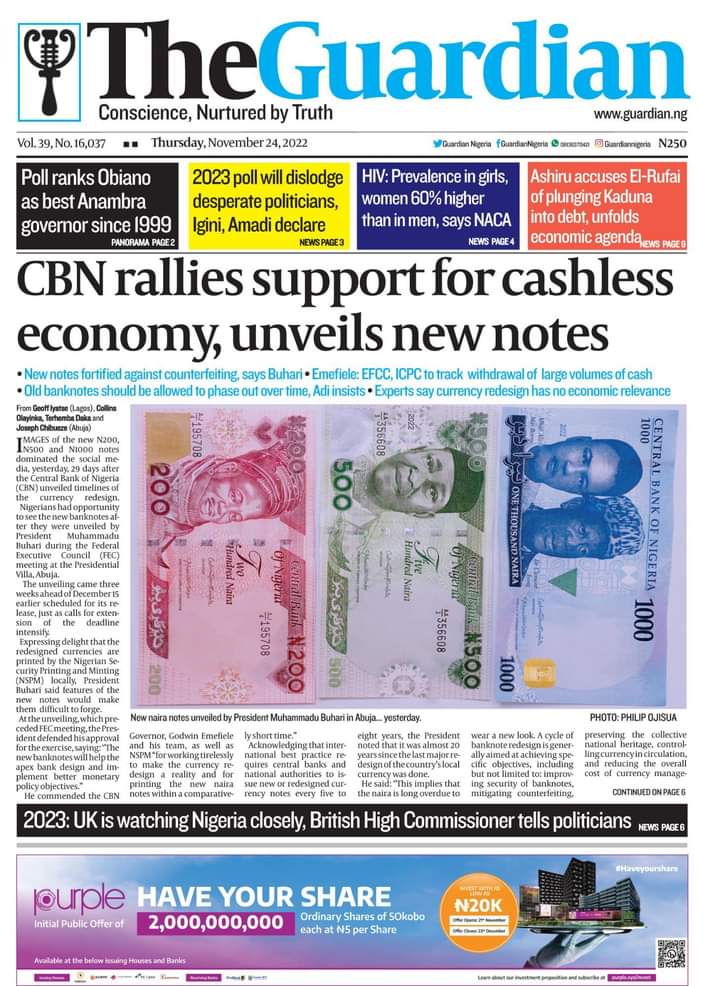 The Guardian reports that Godwin Emefiele, governor of the Central Bank of Nigeria (CBN), said the apex bank is working towards the idea of a cashless economy. The newspaper says Catriona Lang, British high commissioner, said the United Kingdom (UK) will be watching the elections in Nigeria very closely. 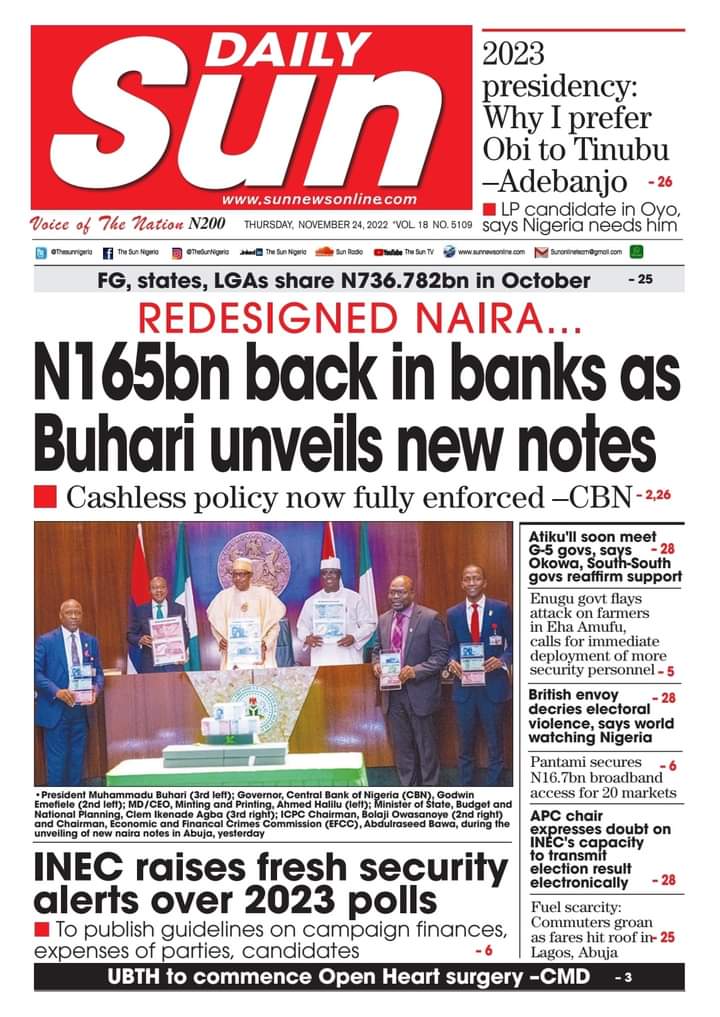 Back to Top
Close
X
NIGERIAN NEWSPAPER COVERS: 24 November 2022MediaThe PUNCH: The Nigeria Governors Forum says it has stopped the planned payment of $418 million and the promissory notes issued to the Paris Club consu…