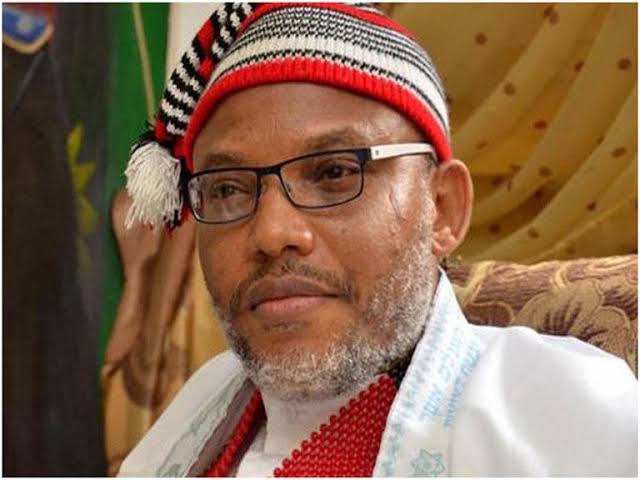 Vanguard recalls that of all the several suits that have emanated from the rendition of  Kanu, this is the first against Ahmed Abubakar, either in his personal or official capacity.

Kanu in his statement of claims said that: “On October 14, 2015, Claimant was arrested in Lagos, a few days after his arrival from his base in London, United Kingdom and was subsequently charged with certain offences.

“Following his arrest, Claimant was detained for Eighteen (18) months and was later released on bail in April 2017, whereupon Claimant returned to his said residence at Afara-Ukwu Ibeku, in Umuahia North LGA of Abia State where he stayed and awaited his next court date scheduled for October 17, 2017.

“In the course of the invasion, Claimant managed to escape to a safe location from where he managed to flee overseas to save his life.

“In the course of time, Claimant instituted a fundamental rights Suit on grounds of the said military invasion and the court held that said invasion amounted to a violation of Claimant’s fundamental rights, whereupon the court awarded the Claimant damages and an order for a public apology and also held that “It is the view of this Honourable Court that the Agent of the First Respondent set out as pythons to terminate the life of the Applicant.” Claimant hereby pleads the Judgment and the Judgment Order as documents Claimant shall rely on at the trial. See Annexures 1 and 2.

“In the course of his sojourns and search for a safe haven, Claimant legally entered the Republic of Kenya on 12th May, 2021. Claimant hereby pleads the relevant copies of Claimant’s passport as a document Claimant shall rely on at the trial. See Annexure 3.

“On 19th June, 2021, acting in bad faith and/or abuse of his public office, the Defendant and his confederates, agents and privies (hereafter: the Defendant), falsely arrested the Claimant at the parking lot of Jomo Kenyatta International Airport, Nairobi Kenya without the authority of the law of the Republic of Kenya, in that the Defendant arrested the Plaintiff without any Kenyan arrest warrant or such other like authority issuing from a Kenyan law enforcement agency, court or government of Kenya.

“Following the said false arrest, the Defendant, acting in bad faith and abuse of his public office, falsely imprisoned the Claimant for Eight (days) at a secret, non-official place in Nairobi, Kenya, whereat the Defendant physically and mentally tortured the Claimant.

“Throughout the duration of the Claimant’s imprisonment, the Defendant – acting in bad faith and abuse of his public office – willfully refused to present or produce the Claimant to a Kenyan police station or court of law of other appropriate Kenyan authority, such as the Kenyan immigration authorities.

Nnamdi Kanu sues NIA DG over role in his torture, detention in Kenya

X
Nnamdi Kanu’s Lawyer sues NIA DG over Kenya arrest…Latest NewsAloy Ejimakor, a lawyer to the leader of the proscribed Peoples of Biafra (IPOB), Nnamdi Kanu, has filed a suit against the Director General of the Na…