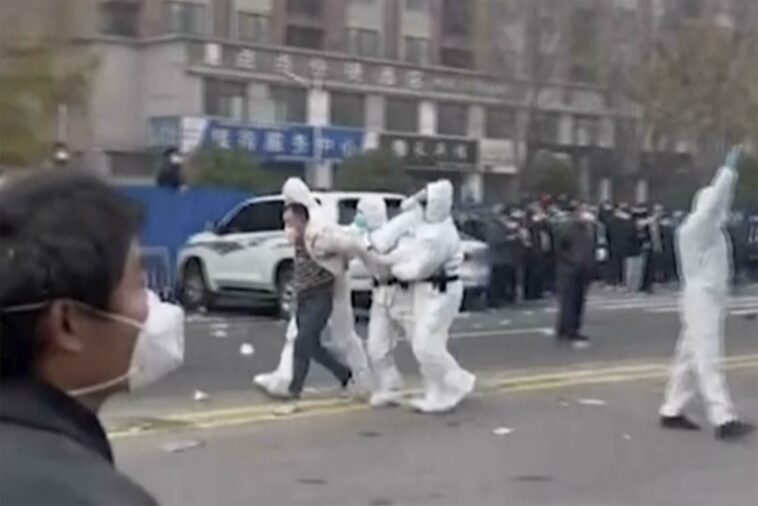 Police beat workers protesting over a pay dispute at the biggest factory for Apple’s iPhone, whose new model is delayed by controls imposed as China tries to contain a surge in COVID-19 cases.

Foxconn, the biggest contract assembler of smartphones and other electronics, is struggling to fill orders for the iPhone 14 after thousands of employees walked away from the factory in the central city of Zhengzhou last month following complaints about unsafe working conditions. …

On Tuesday, a protest erupted after employees who had traveled long distances to take jobs at the factory complained that the company changed terms of their pay, according to an employee, Li Sanshan.

Li said he quit a catering job when he saw an advertisement promising 25,000 yuan ($3,500) for two months of work. That would be a significant hike over average pay for this type of work in the area.

After employees arrived, the company said they had to work two additional months at lower pay to receive the 25,000 yuan, according to Li.

“Foxconn released very tempting recruiting offers, and workers from all parts of the country came, only to find they were being made fools of,” he said.

X
Assassination attempt? Man caught with dagger at Peter Obi’s rally in Oyo (Video…HeadlinesNaija News  There was a commotion on Wednesday afternoon during the Labour Party (LP) campaign in Oyo state, after an unidentified man was caught with…