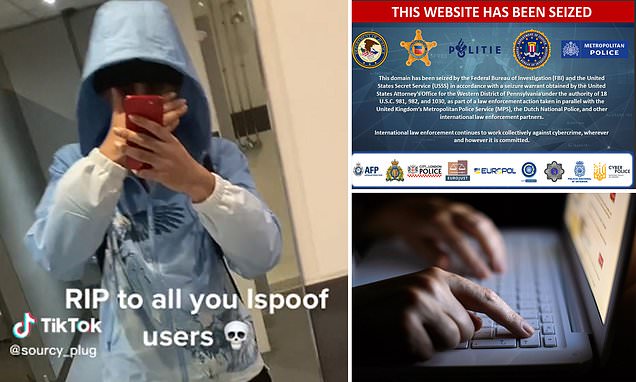 Some 70,000 Brits will be contacted by police from today after potentially falling victim to the country’s biggest ever scamming operation.

It comes after a website used to defraud up to 200,000 people in the UK out of at least £50million was shut down following an international probe involving Scotland Yard, the FBI and European law enforcement agencies.

Scammers paid a subscription to iSpoof.cc to use technology that let them appear as though they were phoning victims from banks such as Barclays, NatWest and Halifax.

A total of 59,000 criminals paid subscriptions of between £150 and £5,000 to use the technology, making £3.2million for the site’s owners while they scammed vast sums from unsuspecting victims.

The majority of victims (40 per cent) were in the US, followed by Britain (35 per cent). Many in Australia and other European countries were also targeted.

The British suspected mastermind behind the site, Teejai Fletcher, 34, from east London, has been charged with fraud and is in custody following his arrest earlier this month. A court date is set for two weeks’ time.

The average loss to victims was £10,000 each, with one losing more than £3million to fraudsters using the service, Scotland Yard said, adding that there had been more than 100 arrests in Britain alone in recent weeks.