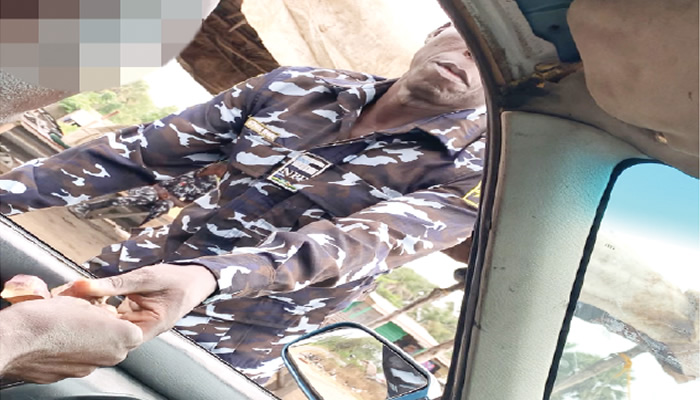 In this report, Deji Lambo investigates how corrupt security agents had been using illegal roadblocks to extort money from people in Lagos State

To any doubting Thomas, encountering over 100 roadblocks on the Lagos-Badagry-Seme Expressway in Lagos State is unbelievable.

However, our investigations reveal this to be the sad truth on the international expressway that leads to the Republic of Benin.

Under the guise of using the roadblocks and checkpoints to checkmate smuggling activities and providing security along the expressway and around the Seme border and its environs, security agents including officials of the Nigeria Customs and men of the Nigeria Police Force had been allegedly subjecting unsuspecting members of the public to traumatising experiences all in a bid to extort them of their hard-earned money.

“From Badagry to the Seme border alone, we have more than 50 roadblocks on the road and you will encounter close to 20 roadblocks returning to Badagry from Seme.

“Majority of these illegal roadblocks are police checkpoints. The NCS also have more than the required roadblocks on the expressway. Other security agents also have roadblocks there. All they do is harass and extort money from people; the situation is dangerous,” a community leader, Amusa Ayodele, said.

How We Juggled Schooling With Our Royal Duties -Ondo Female Regents

Back to Top
Close
X
Couples can benefit from sleeping in separate bedrooms – Experts…RifsIndependent Couples who live together are usually expected to sleep in the same bed, if social norms are anything to go by. Yet, a viral tweet ha…