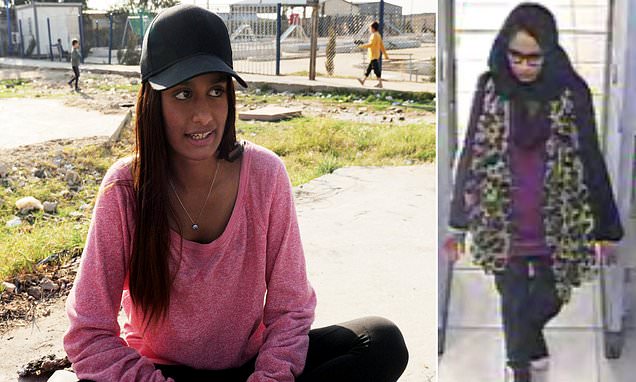 Shamima Begum‘s mother told yesterday how her ‘world fell apart’ when the teenager ran off to join the Islamic State terror group in Syria.

In her first words since her daughter fled in 2015, Asma Begum said she worried about her youngest child’s plight ‘almost every hour of every day’ and still hoped for her to be allowed to return to Britain.

Mrs Begum has never spoken publicly about the then 15-year old’s decision to travel to Syria, where she married an IS recruit and had three children, all of whom later died.

But extracts of her witness statement were read at a hearing of the Special Immigration Appeals Commission, where lawyers for Miss Begum are challenging the decision to revoke her British citizenship.

In the statement, Mrs Begum, a mother-of-four, described how her daughter’s school blazer was still hanging on a door at the family’s home in Bethnal Green, east London, where they have celebrated her birthday each year while she has been in Syria.

She said: ‘My youngest daughter is even more present in my mind, the one I think about almost every hour of every day. When she left home in 2015, our worlds fell apart.’

X
Scammers steal £50m from UK victims posing as staff from their bank…Crime SceneSome 70,000 Brits will be contacted by police from today after potentially falling victim to the country's biggest ever scamming operation. It co…