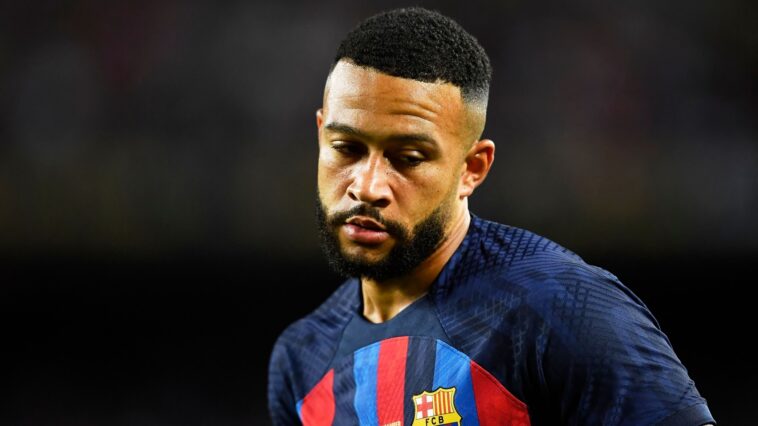 Manchester United will launch a January bid to bring Barcelona’s 28-year-old Netherlands forward Memphis Depay back to Old Trafford, where he left in 2017. (Sport – in Spanish)

Newcastle United have no interest in signing Portugal forward Cristiano Ronaldo, 37, after his departure from Manchester United. (Football Insider)

Chelsea are unlikely to make a move for Ronaldo now he is a free agent, despite previous interest. (Sun)

Manchester United are discussing whether to replace Ronaldo permanently in January or hold off until the summer and bring in a short-term loan signing, like they did with Nigeria striker Odion Ighalo in 2020. (Mail)

Sir Jim Ratcliffe will bid for Manchester United. The British billionaire previously said he would be interested in buying the club, but then said in October the Glazer family had told him they did not want to sell. (Telegraph – subscription required)

Chelsea and Liverpool are set to miss out on January transfer target Konrad Laimer as the RB Leipzig and Austria midfielder, 25, wants to join Bayern Munich when his contract expires in the summer. (Bild, via Express)

Leeds United have been in contact with AC Milan asking to be kept informed over the status of Belgium striker Charles de Ketelaere, 21. (TeamTalk)

West Ham expect to lose England midfielder Declan Rice, 23, to a Champions League club next year, regardless of what the Hammers achieve this season. (Football Insider)

Spain forward Marco Asensio, 26, says he wants to stay at Real Madrid, despite his contract expiring at the end of the season. (Radio Marca)

Barcelona have told coach Xavi they can only make new signings in January if players leave first. (Marca – in Spanish)

A full takeover of Everton by US investors is edging closer…

Back to Top
Close
X
OLIVER HOLT: The evidence is mounting that Germany are also-rans…SoccerWhen the final whistle went, Antonio Rudiger, the defender many of us have come to associate with modern German indomitability, stood rooted to the sp…

X
Manchester United up for sale – what happens now?…SoccerBBC Manchester United's owners sent shockwaves round the globe on Tuesday night when they announced they were "exploring strategic opportunities"…