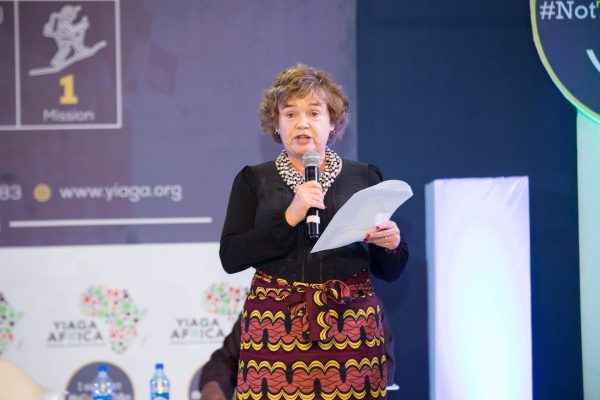 The British High Commission, on Wednesday, said it was committed to a successful general election in 2023 because the world would be watching Nigeria.

While admitting that worsening economic crisis and security challenges would be potential threats to the election, the BHC said the execution of the 2023 election would be a significant milestone for Nigeria.

The Head, Governance and Stability in the Foreign, Commonwealth Development Office of the United Kingdom, Elizabeth Drew, stated this in Abuja, on Tuesday, during a national stakeholders forum on elections organised by a coalition of over 80 human rights organisations under the aegis of Nigerian Civil Society Situation Room, with support from FCDO and UKAID.

During the programme, the chairman of the Independent National Electoral Commission, Prof. Mahmood Yakubu, said the commission was mobilising every national institution to track campaign financing and combat the illicit flow of funds.

The Convener of NCSSR, Ene Obi, said the forum would critically assess the current political environment and make recommendations and suggestions in the preparations and conduct of the 2023 general elections.

“We will also use the forum to advocate for building political power in order to address civic engagement and voter mobilization. It is our hope to see an improved electoral environment in Nigeria as we head toward the general elections in 2023.

“We will continue to work towards improving Nigeria’s elections – to ensure that the process is free, fair and reflects the choice of citizens,” Obi said.

Drew said, “There are admittedly concerns as we approach the polls. Nigeria is going into the general elections against a backdrop of security concerns and challenging economic growth.

“These are all factors that can potentially impact on the successful execution of the polls and hinder the meaningful participation of citizens across the country. The UK stands ready to continue to support INEC and all relevant stakeholders in the efforts to effectively execute the polls within this context.

“Nigeria’s democracy really matters; as the largest democracy in Africa, Nigeria’s leadership on electoral reform and practice is important for the continent and beyond. Other countries look to Nigeria for democracy issues. The execution of the 2023 polls will be a significant milestone in this respect.