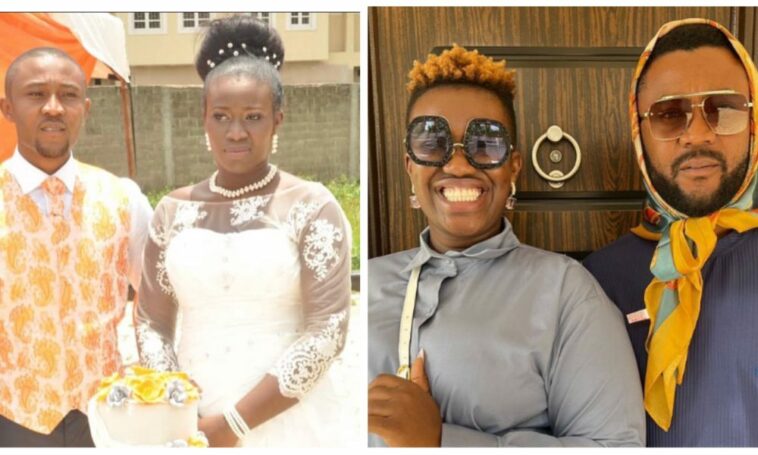 Naija News reports that the comedienne recently revealed plans to marry her husband again to mark their 10th wedding anniversary.

Amidst the congratulatory messages from fans and colleagues, a troll insinuated that she wasn’t married properly, the reason she was preparing for another wedding.

Responding, the mother of two jokingly said she over-married as they engaged in different ceremonies.

She also accompanied the response with photos of their marriage activities.

According to Anita, they are getting married again because they never experienced the kind of wedding ceremony they had wanted.

She added that after ten years and being financially buoyant, they deserve to marry again.

She wrote: “@Princess_emmanuel My Darling I over marry properly before O! We do engagement, Introduction, Court, Traditional, white wedding even Thanksgiving sef (look d slides)

“The only thing be say the way we do the marriage no b the way we really wan do am but Sapa make eye turn us like Barbar chair Naim make 10years after wey everywhere don soft we wan Marry AGAIN abi we nor deserve am?”

Back to Top
Close
X
Why I’m in politics — AkindeleEntertainmentThe Lagos State PDP Deputy Governorship Candidate, Ms Funke Akindele, on Wednesday said she joined politics to give hope to masses, especially women a…

X
Kylie Jenner called herself Travis Scott’s ‘Wifey’…in a way…EntertainmentI point this out with truly no judgment: Kim Kardashian is the only KarJenner (besides Kris) who married the other parent of her children. Kourtney, K…