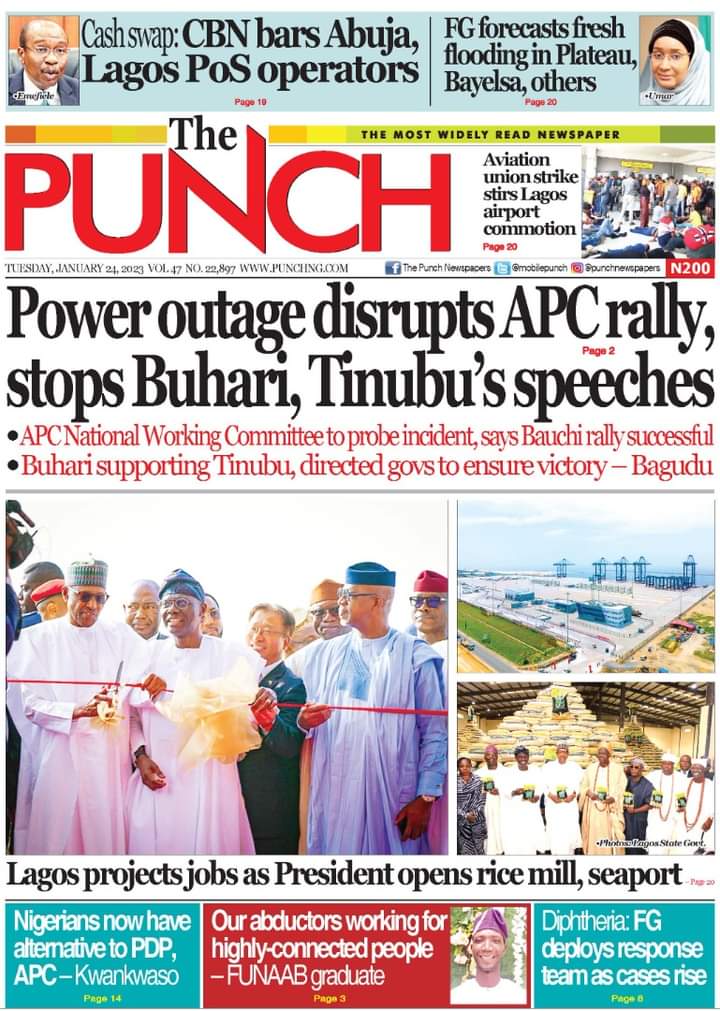 Reports on the deadline of old naira notes and aviation workers’ strike dominated the cover pages of Nigerian newspapers.

The Punch says the presidential campaign rally of the All Progressives Congress (APC), in Bauchi state, was brought to an abrupt end by a power outage. The newspaper reports that the federal government has declared that Nigeria would experience another round of flood in many states this year. 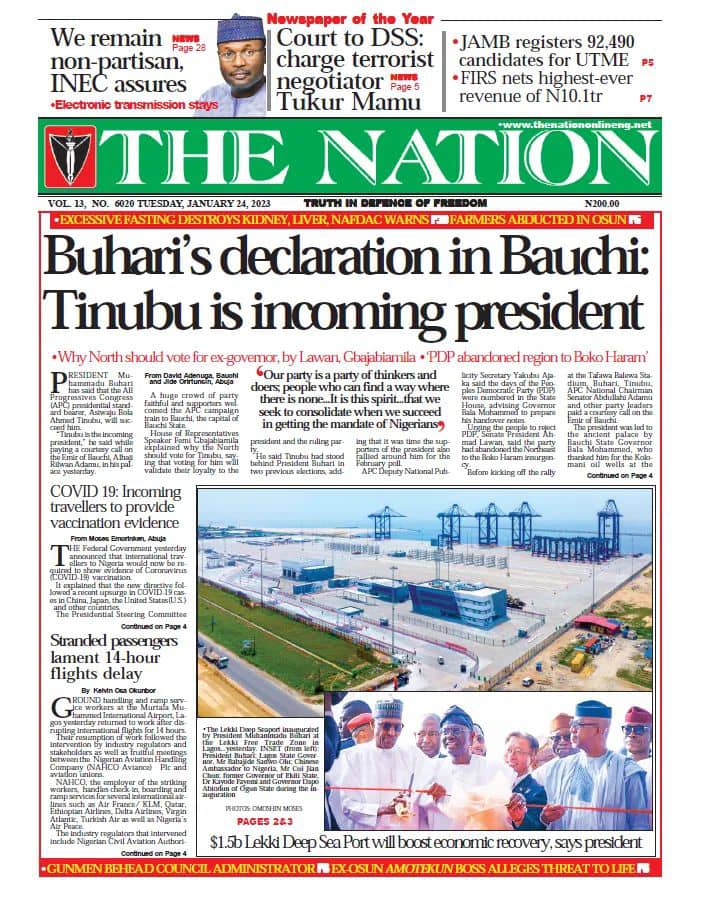 The Nation reports that President Muhammadu Buhari said Bola Tinubu, presidential candidate of the All Progressives Congress (APC), will succeed him. The newspaper says international travellers to Nigeria would now be required to show evidence of COVID-19 vaccination. 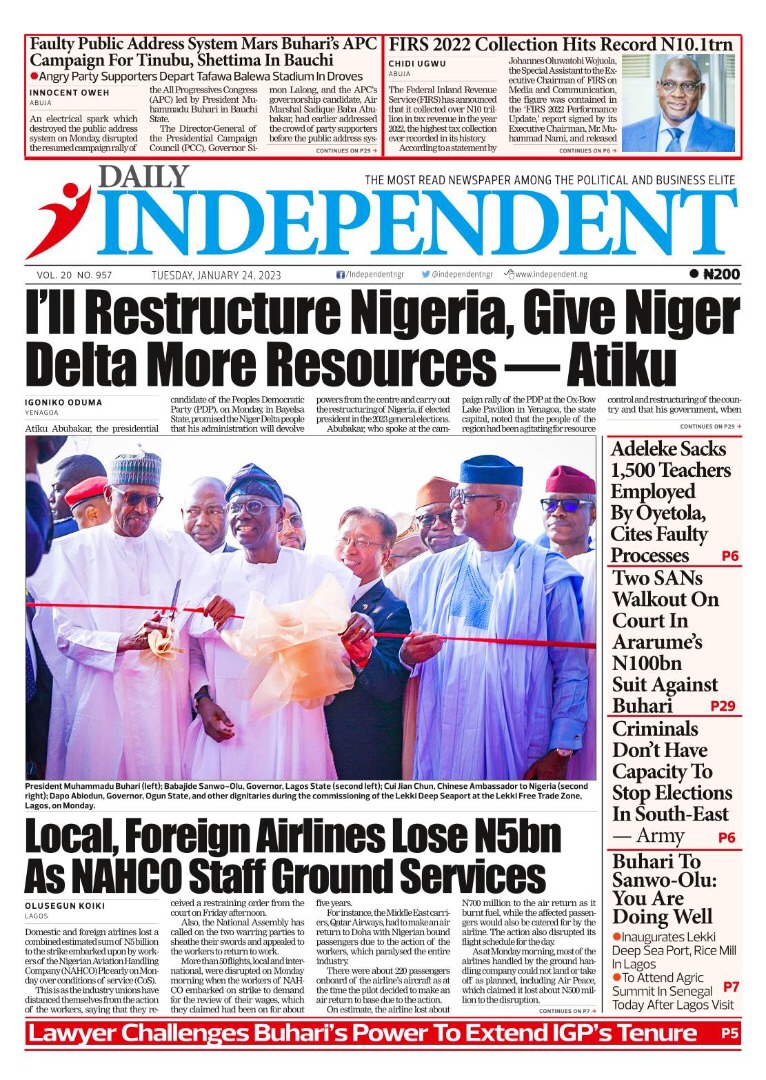 Daily Independent says Atiku Abubakar, presidential candidate of the Peoples Democratic Party (PDP), has promised the Niger Delta people that his administration would devolve powers from the centre if elected in February. The newspaper says local and foreign airlines lost N5 billion to the strike embarked upon by the workers of the National Aviation Handling Company (NAHCO).